In 2021, Gothenburg will be 400 years old. To celebrate this, the city intends to make Gothenburg an even better place. In 2021, there was a smaller-scale celebration of the official birthday, while Gothenburgers and visitors alike are invited to join in a large anniversary programme during 2023.

On June 4 2021, there was a live broadcast between 3 pm and 5 pm, including the official celebrations with HRH Crown Princess Victoria and the Mayor of Gothenburg, a performance of the official anniversary song and more. The broadcast is still available on Youtube.

One hundred Gothenburgers became part of contemporary history on June 4 2021, when the Gothenburg Stories anniversary exhibition opened on the square Gustaf Adolfs torg. The Museum of Gothenburg has interviewed a cross-section of Gothenburg’s residents, ranging from 6 to 97 years old. Their stories paint a picture of the city today, and describe how things were and how they might be one day.

Inauguration of the anniversary exhibition The Thing about Gothenburg

Based on some of Gothenburg’s most iconic objects and buildings, and accompanied by a chorus of voices from history, we ask the question: What actually is the thing about Gothenburg? Check out some incredible objects from our collections, including the first Volvo car and a New World sea chest that crossed an ocean. The Thing about Gothenburg opened on June 4 2021 at the Museum of Gothenburg, and will be a part of the permanent exhibition. 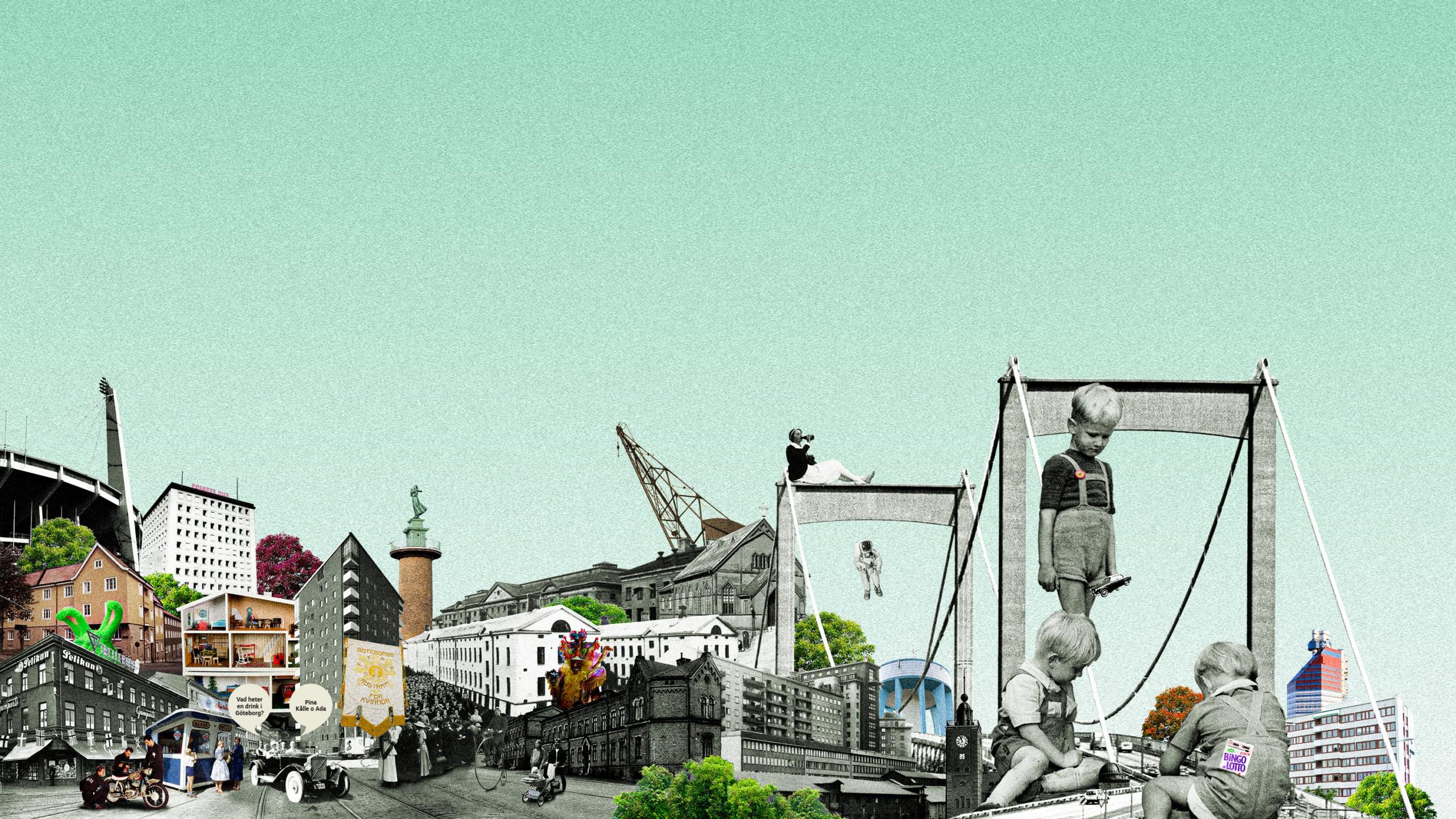 The thing about Gothenburg

On June 5, the Bishop of Gothenburg blessed the re-opening of Göta Älv Pilgrim Trail, which now starts at the impressive church Masthuggskyrkan in the centre of Gothenburg. You can walk shorter distances or all the way to Nidaros (Trondheim) in Norway. As you wander out from the city centre through the Göta älv valley, you will discover beautiful countryside that has been inhabited for over 7,000 years. Discover unique cultural heritage from the Bronze, Iron, Viking and Middle Ages.

There is a lot of exciting street art in and around Gothenburg, and in 2021 even more artworks were created. Artscape 2021 consists of six large murals and one movable artwork by local and international artists such as D*Face from London, Kalouf from Lyon and MaryQ from St Petersburg. Let’s Colour Gothenburg is a social art project that connects the east and west parts of the city with a 21 kilometre art walk. Work on the project began in 2017, creating painting jobs for young people. Read more about the projects, and see where to find the artworks, in our street art guide. 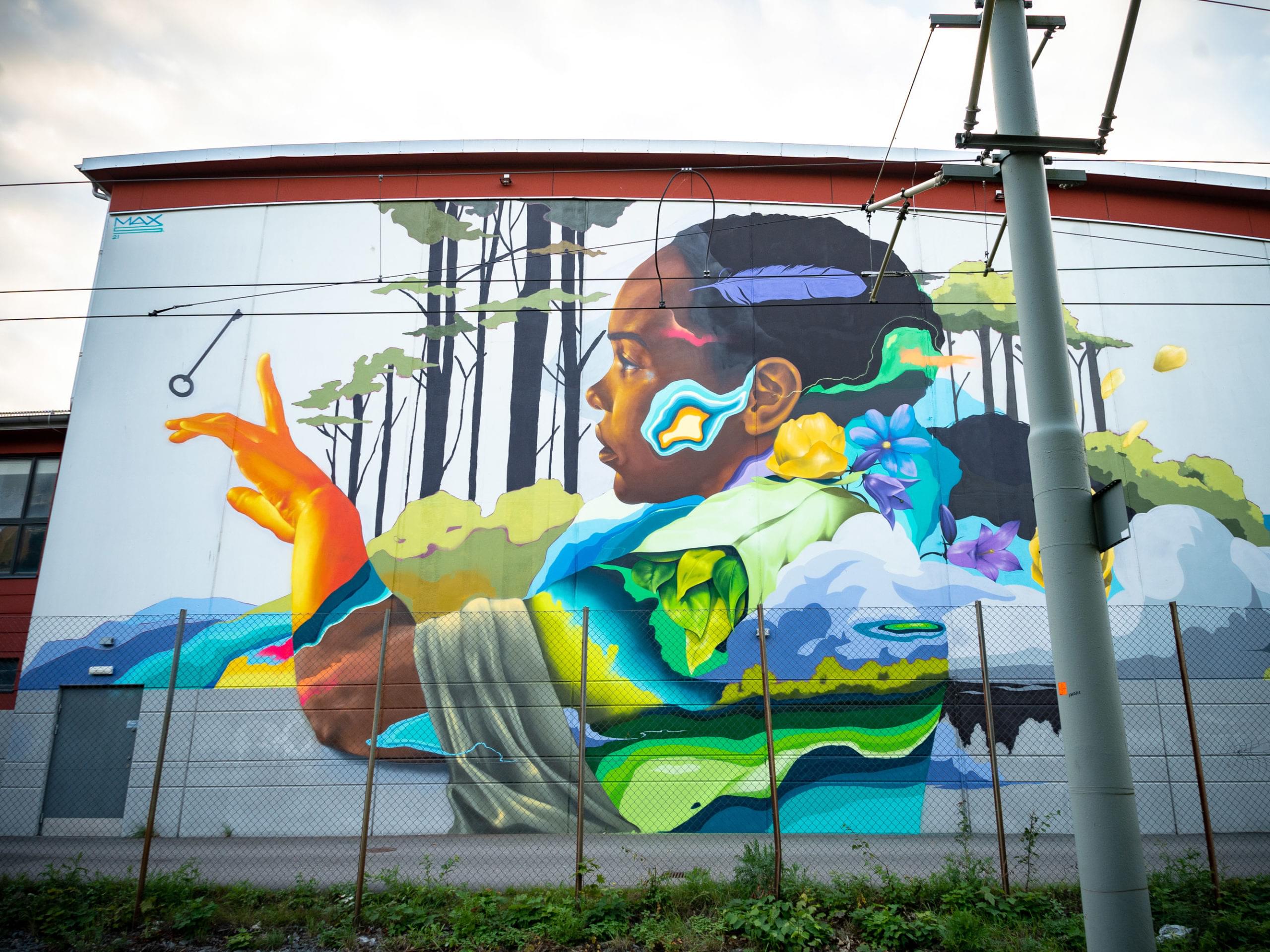 Walk on the brand new bridge Hisingsbron, designed by prestigious Danish architects Dissing+Weitling and inaugurated in May 2021. Take the chance to run into history when the city of Gothenburg turns 400 and enter the Göteborgsvarvet Marathon on September 19. A one-off, totally new race to celebrate this momentous occasion.

Buy one of the many anniversary products to remember this important era in Gothenburg’s history. Why not buy a beautiful poster or a special colouring book?

Try the new anniversary cake. The Gothenburg cake is a pastry with the flavours of summer, consisting of a shortcrust pastry base with an almond paste filling, topped with passion fruit curd, passion fruit mousse and white ganache. Buy it from local patisseries such as Steinbrenner & Nyberg.

A catalyst for urban development

Right now, Gothenburg is experienceing one of its biggest transformations ever. Just like when the city celebrated its 300th anniversary, the jubilee is used as a catalyst for city development. Back then, Liseberg Amusement Park, Götaplatsen and several other institutions that we now take for granted were inaugurated. 2023 will be an eventful year but the anniversary will also leave a long term legacy. 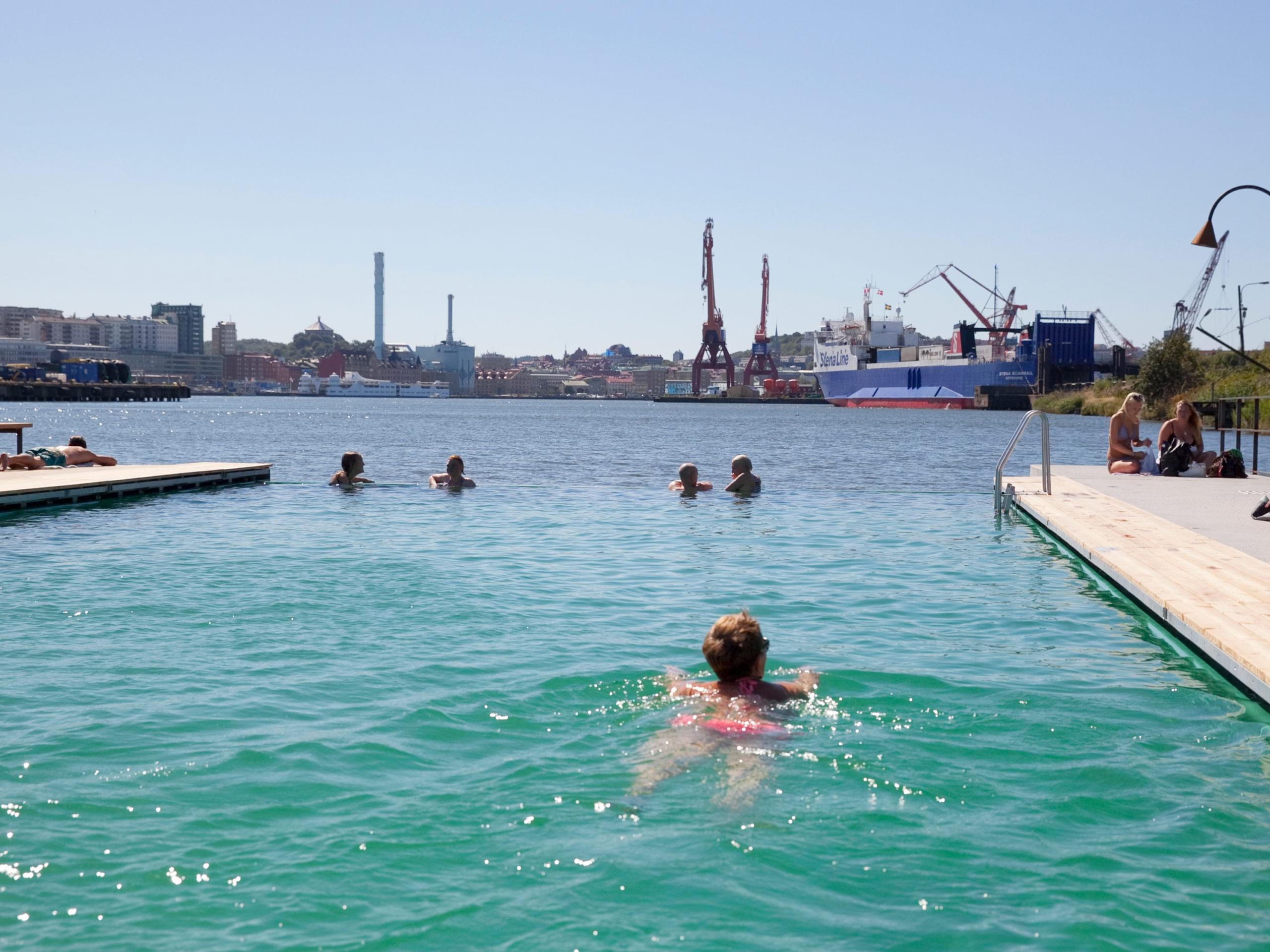 The Public Pool in Frihamnen 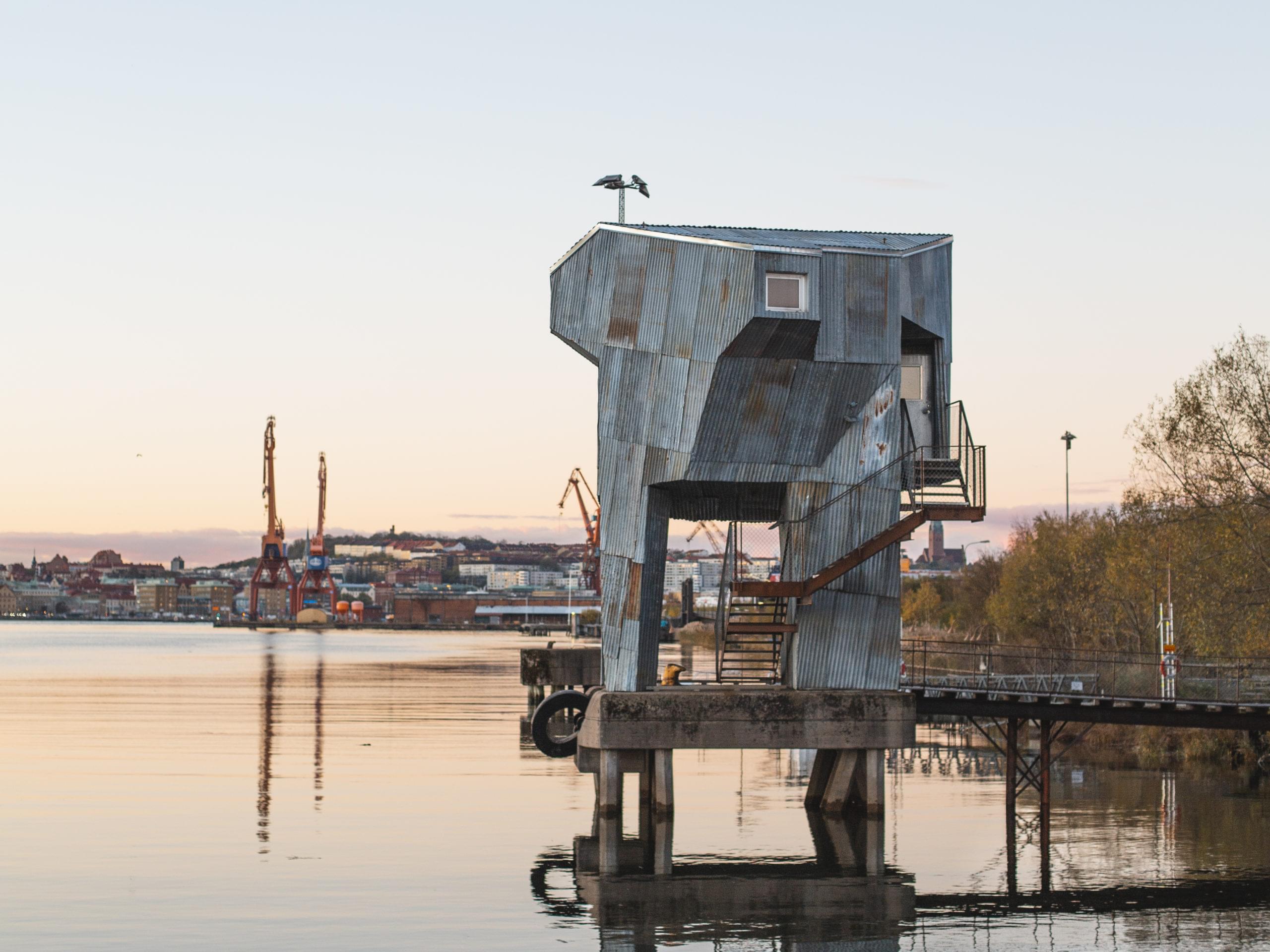 The Gothenburg locals have played a great part in the jubilee by contributing with ideas for anniversary projects. For example, the ideas behind the sauna in Frihamnen and the pool in the river came from locals. Other improvements, such as making the Gothenburg Archipelago more accessible and the city greener have close connections to the anniversary.