Events that shaped Gothenburg over the past 400 years.

Gothenburg was founded in 1621 by Gustav II Adolf, but it was not the first town at the river Göta älv’s outlet. At the end of the 15th century, Nya Lödöse was built, and became an important trade city for Sweden. Nya Lödöse stood at the site were the neighbourhood Gamlestaden is today.

King Charles IX  (for many people in Gothenburg known as the king on the stallion “Kopparmärra” at Kungsportsplatsen) took the decision to build the city of Gothenburg in 1603 at the current area Färjenäs on the island Hisingen. This town was completely destroyed in 1611 when the Danes burned it to the ground. Fortunately, the Swedes did not give up the idea of ​​a western commercial city, and in 1619 the king Gustavus Adolphus proclaimed “Here, the city shall lie” and pointed to the ground in today’s Gothenburg. This alleged occassion is immortalised at the Gustaf Adolf Square by artist Bengt Erland Fogelberg and his famous statue of the king (as seen in top). 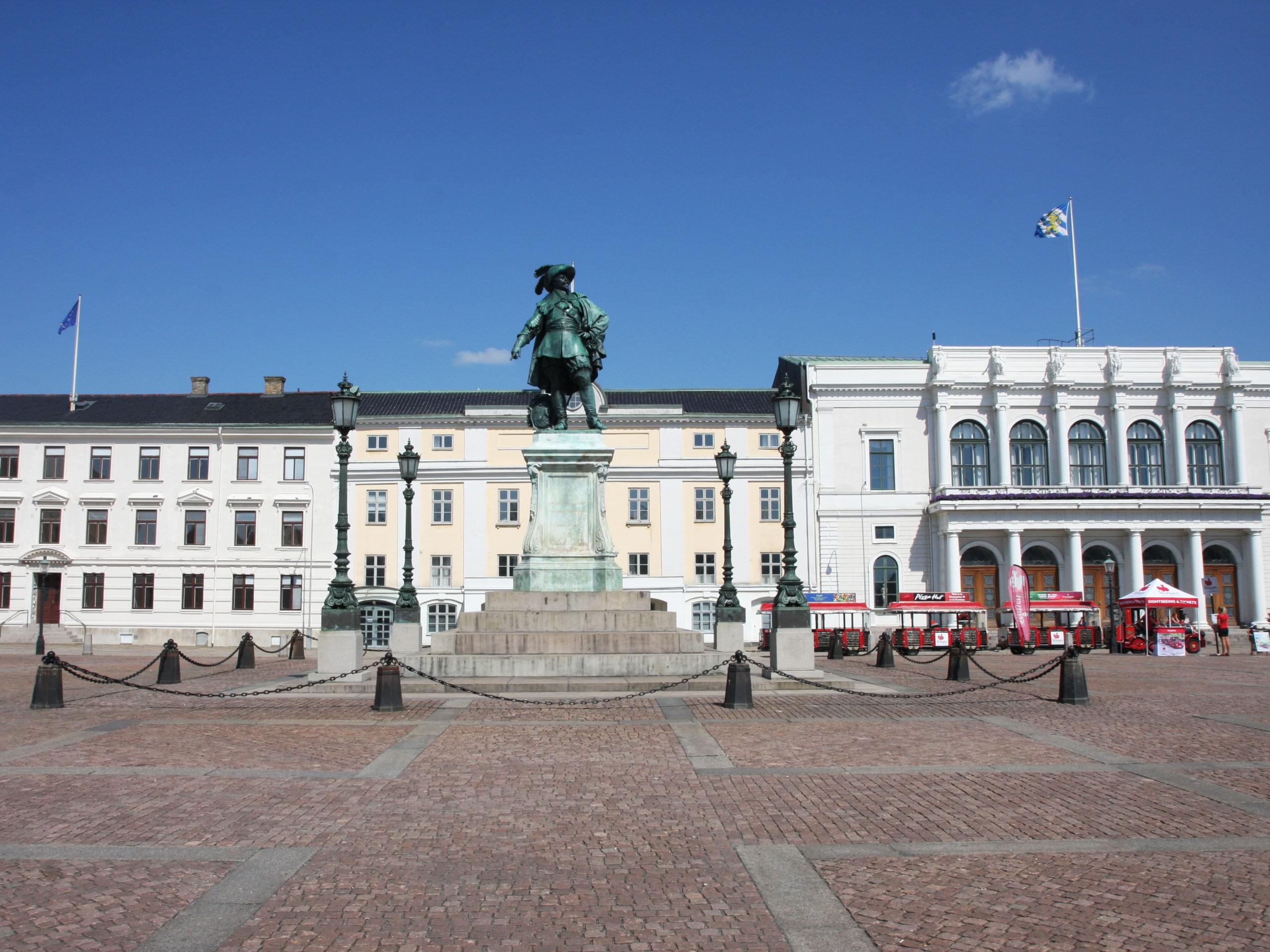 Gothenburg during the 17th century

Gothenburg was built during the 1600s by the Dutch, as they were considered the best at building on marshland. This has given Gothenburg’s city centre its famous channels that are distinctly dutch-inspired. The original city was built inside a large zigzag-shaped city wall that came to characterise Gothenburg for centuries to come. Not much is preserved today from this fortification, but a remnant of the bastion Carolus Rex XI remains at Esperantoplatsen close to Feskekörkan the fish church. The moat along with the two redoubts Skansen Lejonet and Skansen Kronan made the 17th century Gothenburg one of Northern Europe’s most fortified cities. 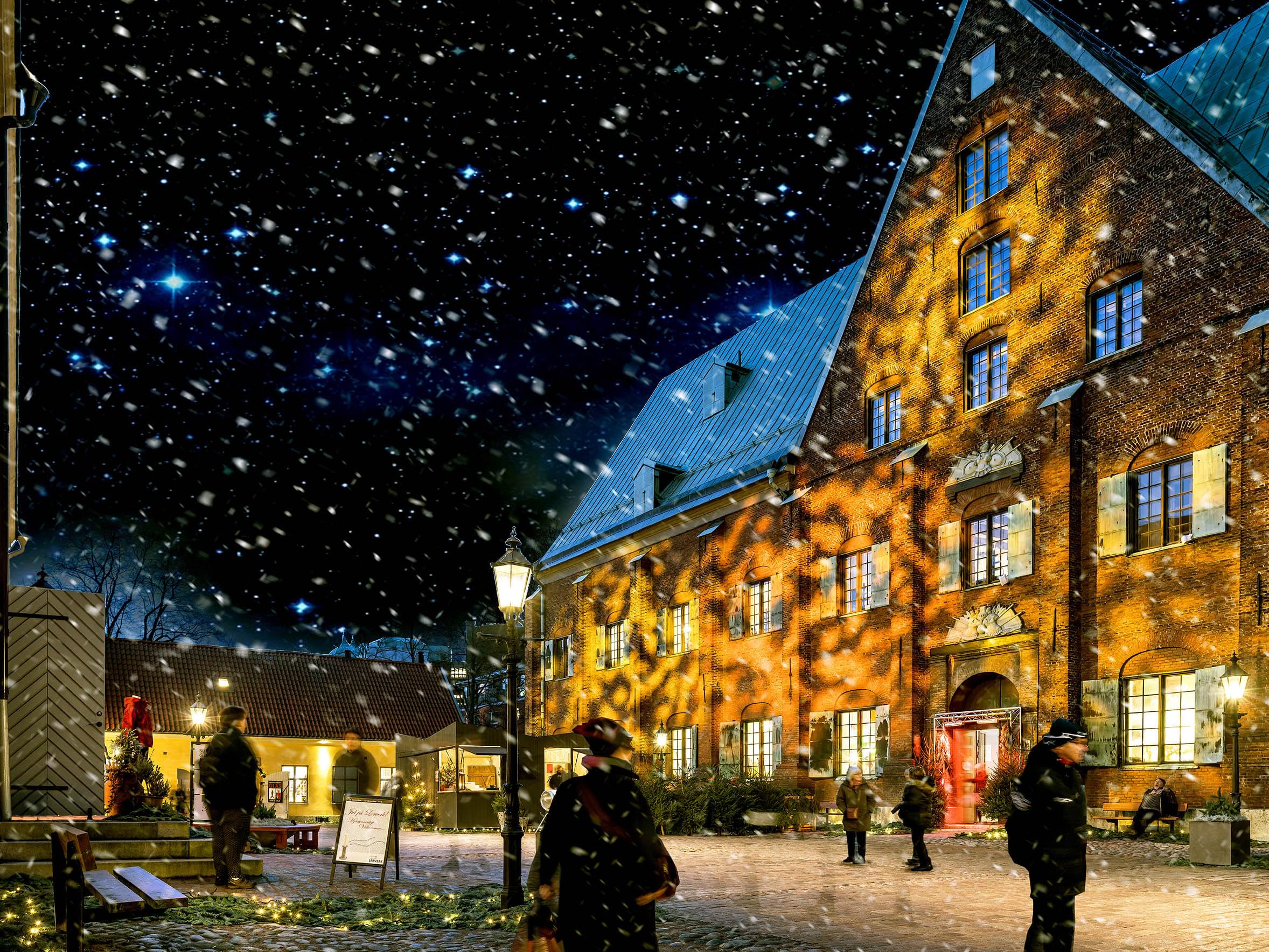 Gothenburg during the 18th century

During the 1700s Gothenburg grew into a huge city for the time: over 10,000 (!) inhabitants. The port’s importance grew and thanks to the Swedish East India Company, as well as exports of iron and wood, Gothenburg became a major trading and shipping town. The tobacco and sugar industry was along with the herring fishery other key industries and gave the city of Gothenburg big profits. Many of the wealthy merchants of those days built magnificent log houses along the city canals. Unfortunately, Gothenburg was hit by a series of fires in the late 1700s and therefore none of the original wooden buildings remain.

Gothenburg during the 19th century

Because of the fires a building ordinance was added in 1803 which declared that only stone houses could be built inside the moat. Some of Gothenburg’s most characteristic neighborhoods were built in the 19th century, for example Vasastaden, Lorensberg and the main boulevard Avenyn (clearly inspired by other formal European streets like Champs-Élysées in Paris). These neighborhoods were the first middle-class residential areas outside the moat, all with large stone buildings as their characteristics.

It was also in the end of the 1800s that the world-famous landshövdingehus (governor houses) begun to be built. These houses were built over large areas in Gothenburg’s suburbs at the time (areas like Majorna, Annedal, Lunden and Haga among others) and mainly for the growing working class. 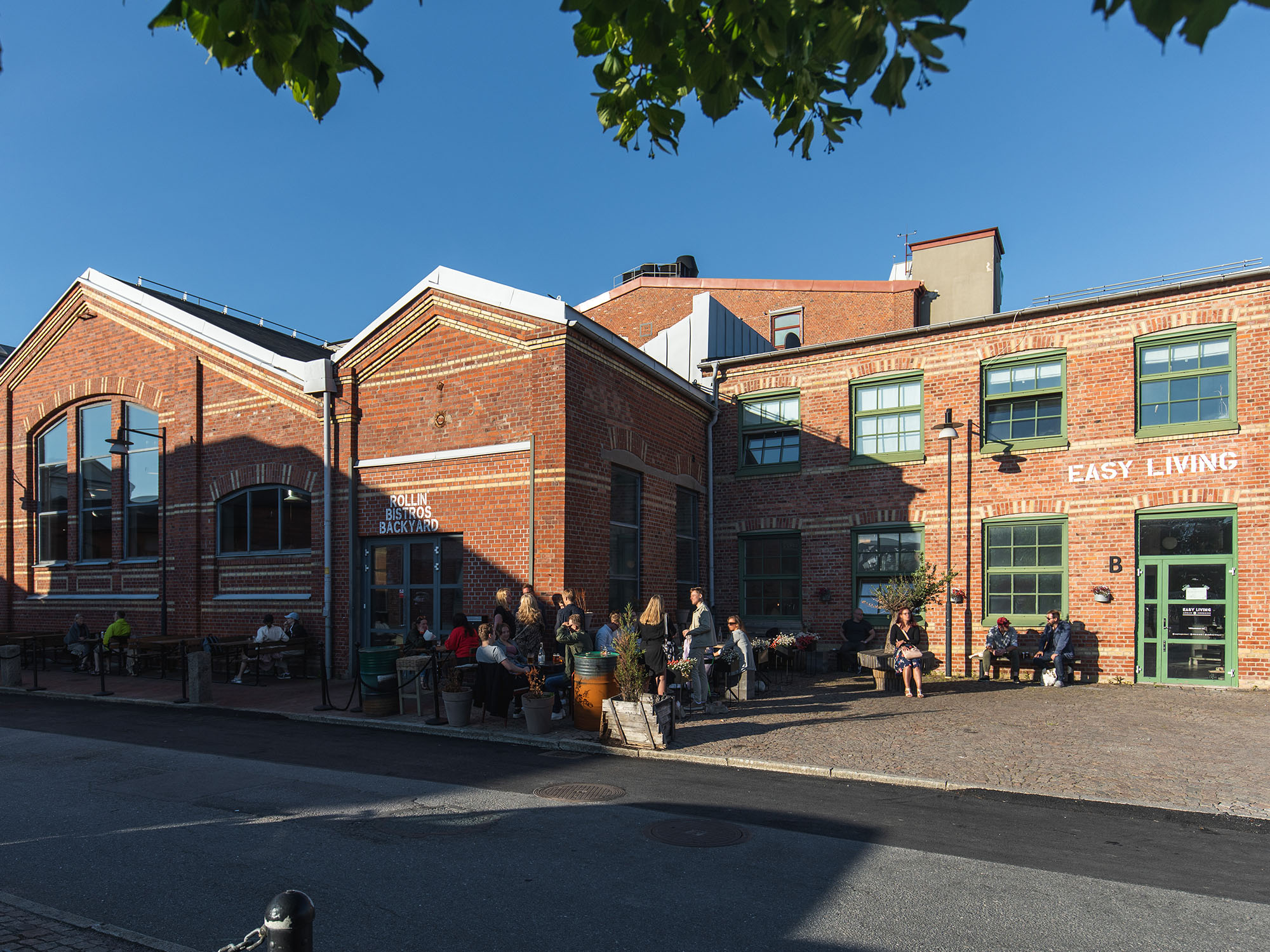 In the 1800s, both industries and the trading houses expanded in Gothenburg. Particularly the industrial revolution came to change the urban landscape and new industrial harbours along the river Göta älv came to replace the older and smaller ones.

Gothenburg during the 20th century

During the 1900s Gothenburg grew and as part of this expansion many new neighborhoods were built. The island Hisingen became a more integral part of the city centre of Gothenburg when neighborhoods like Lindholmen, Lundby, Brämaregården and Rambergsstaden was built. Two bridges were built over to Hisingen: Göta Älvbron opened in 1939 and Älvsborgsbron in 1966. The infrastructure in Gothenburg evolved gradually during the 1900s and this changed the cityscape a lot.

In 1902, the former horse-powered tram became electric and decades later the car traffic increased, which of course changed structures of many quarters and streets. The1900s was also the century when many Gothenburg landmarks were built. The Röhsska Museum and Lorensbergsteatern opened in the 1910s and in the same decade the first seed was planted in what would become the Gothenburg Botanical Garden.

At the 300th anniversary in 1923 (delayed two years due to difficult economic times) Götaplatsen was inaugurated with the Gothenburg Museum of Art as the crown jewel. Another important Gothenburg institution was also opened at the jubilee exhibition: the Liseberg amusement park. 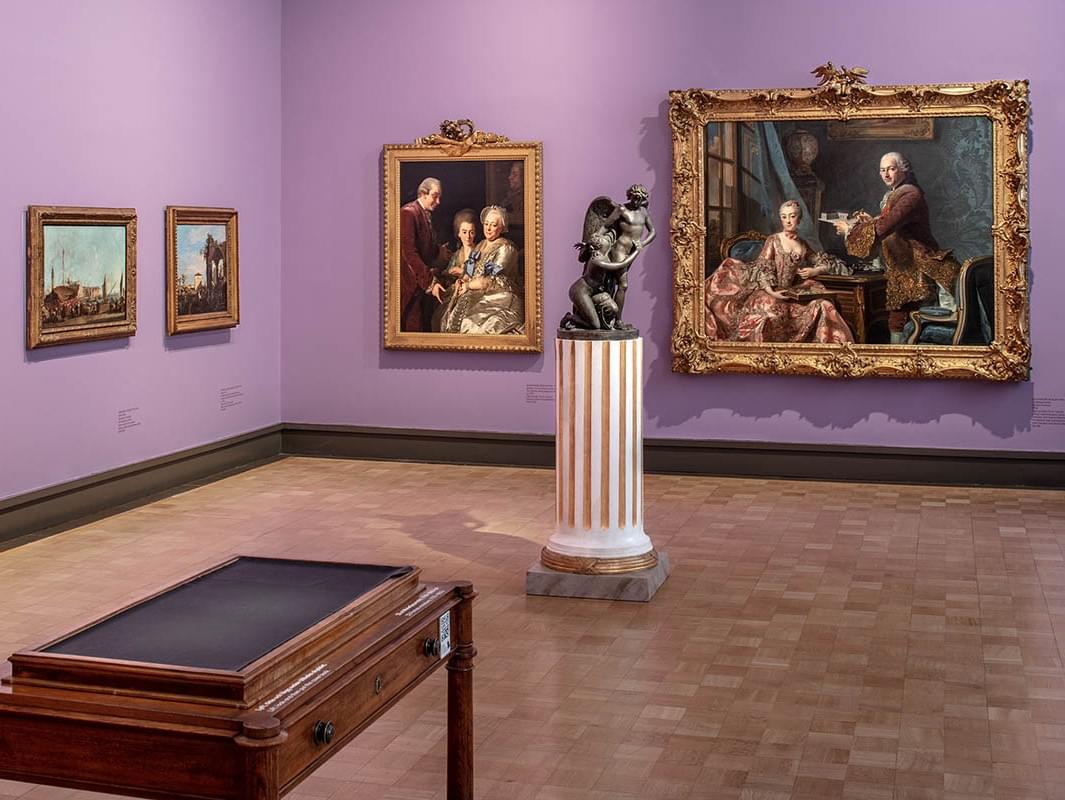 Gothenburg during the 21th century

In many aspects Gothenburg has gone from an industrial sea side town towards an innovative modern city. The heritage remains though and for example fishing is still a huge part of the city today. The range of fresh fish and seafood is unique and in the early mornings you can see the fishing boats unload at the quays. Do not miss to visit Scandinavia’s largest fish auction in the fishing harbor. A shipyard crisis blew hard against Gothenburg in the second half of the 1900s. From being one of the largest employers in town the shipbuilding industries gradually liquidated in Gothenburg.

But the city has been praised for having succeeded in developing the areas where the shipbuilding industries were once located. Entirely new districts has been constructed around the old shipyards and industrial buildings in new districts like Eriksberg, Sannegården and Lindholmen.

Looking ahead towards Gothenburg’s 400th anniversary, many new parts of the city are under development. The area around Frihamnen (the old Freeport in the central part) will become a whole new neighborhood for at least 15,000 inhabitants and in the area there will also be a big new jubilee park. Also, Gothenburg will have Sweden’s highest building when the skyscraper The North Star is finished on Lindholmen. 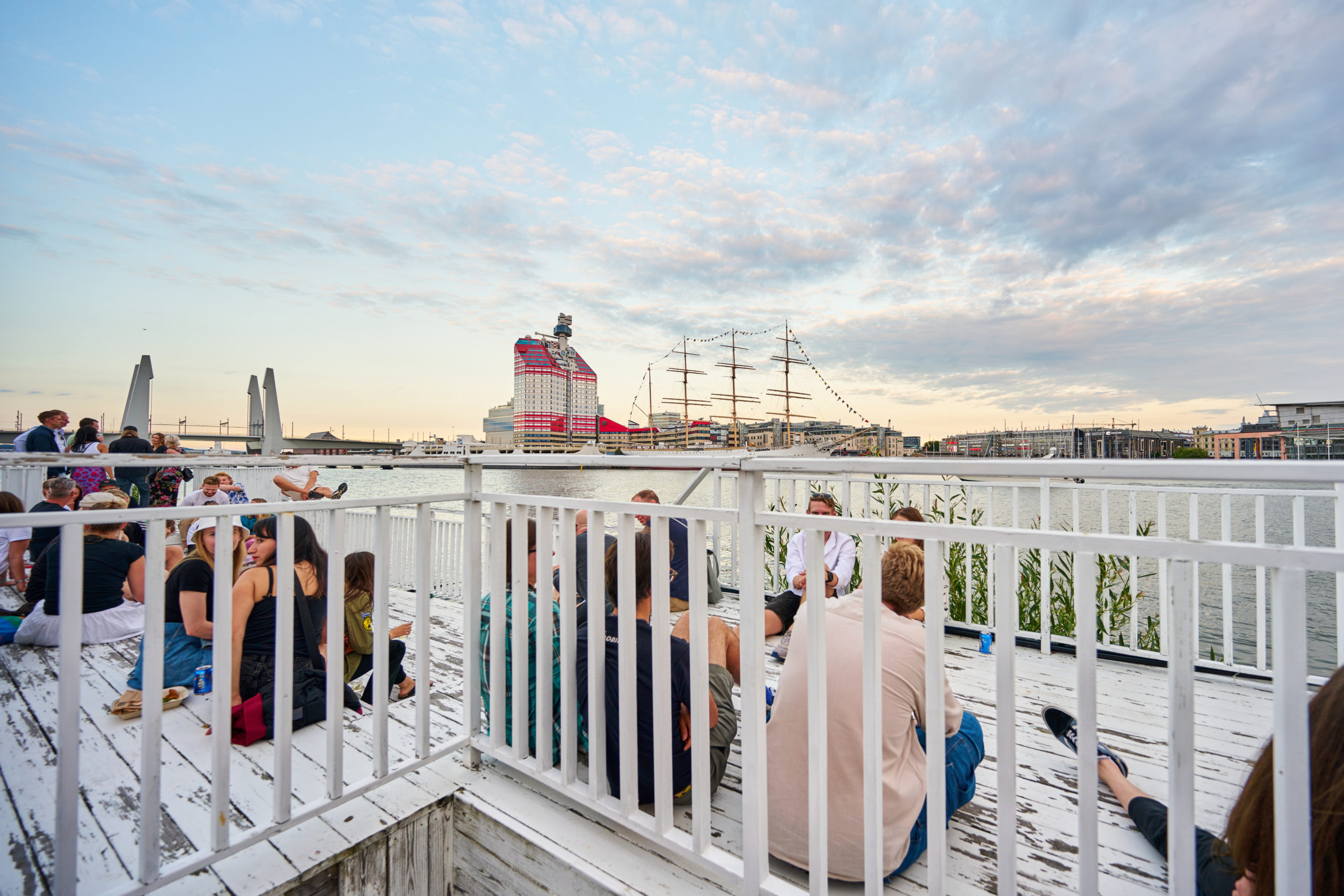 Infopoints in the Gothenburg archipelago