The Gothenburg restaurant scene is certainly alive and well, and new eateries are added frequently. Here are some restaurants and bars that recently opened or are just about to open.

Star chef Martin Moses, former head chef at SK Mat & Människor and Swedish “Chef of the year” in 2019 now has his own place on Risåsgatan. Personal, human (yep!) and sustainable are the keywords, which means everything from recycled furniture to seasonal ingredients and a long-term employer commitment. Wednesdays through Fridays they serve a lunch menu which is identical to the dinner one, for anyone who wants to enjoy a four-course meal and a drink without staying out late.
Risåsgatan 8

Hotel Flora has a new restaurant! The cosy hotel by the square Grönsakstorget welcomes you to Södra Larm Bar & Bistro. The menu consists of traditional Swedish dishes with a touch of french cuisine added. 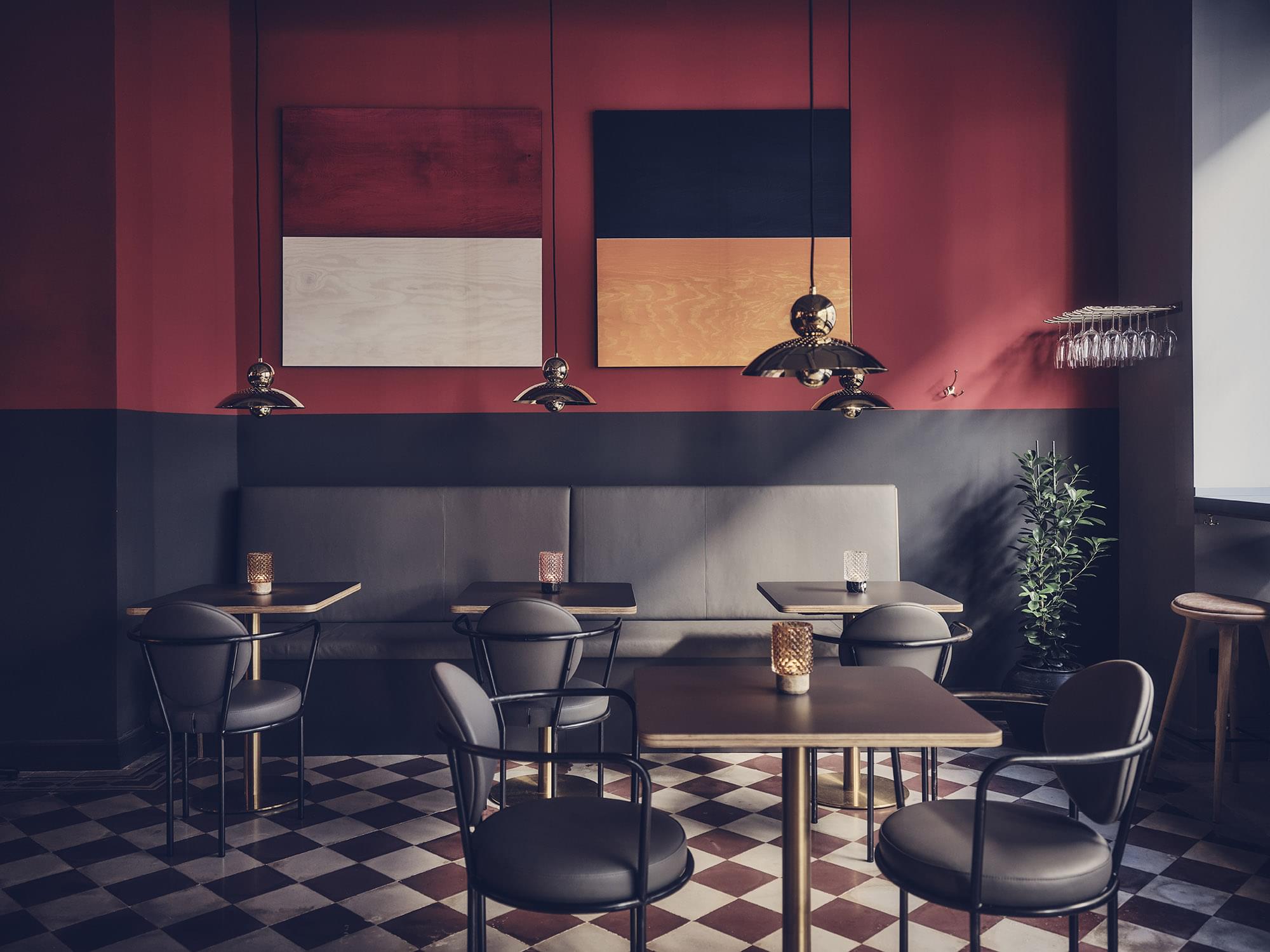 Behind this new exciting restaurant is the same trio that runs Magic Flamingo on the street Linnégatan. The menu draws inspiration from the Japanese and Peruvian kitchens, and the bar focusses mainly on rum and tequila. 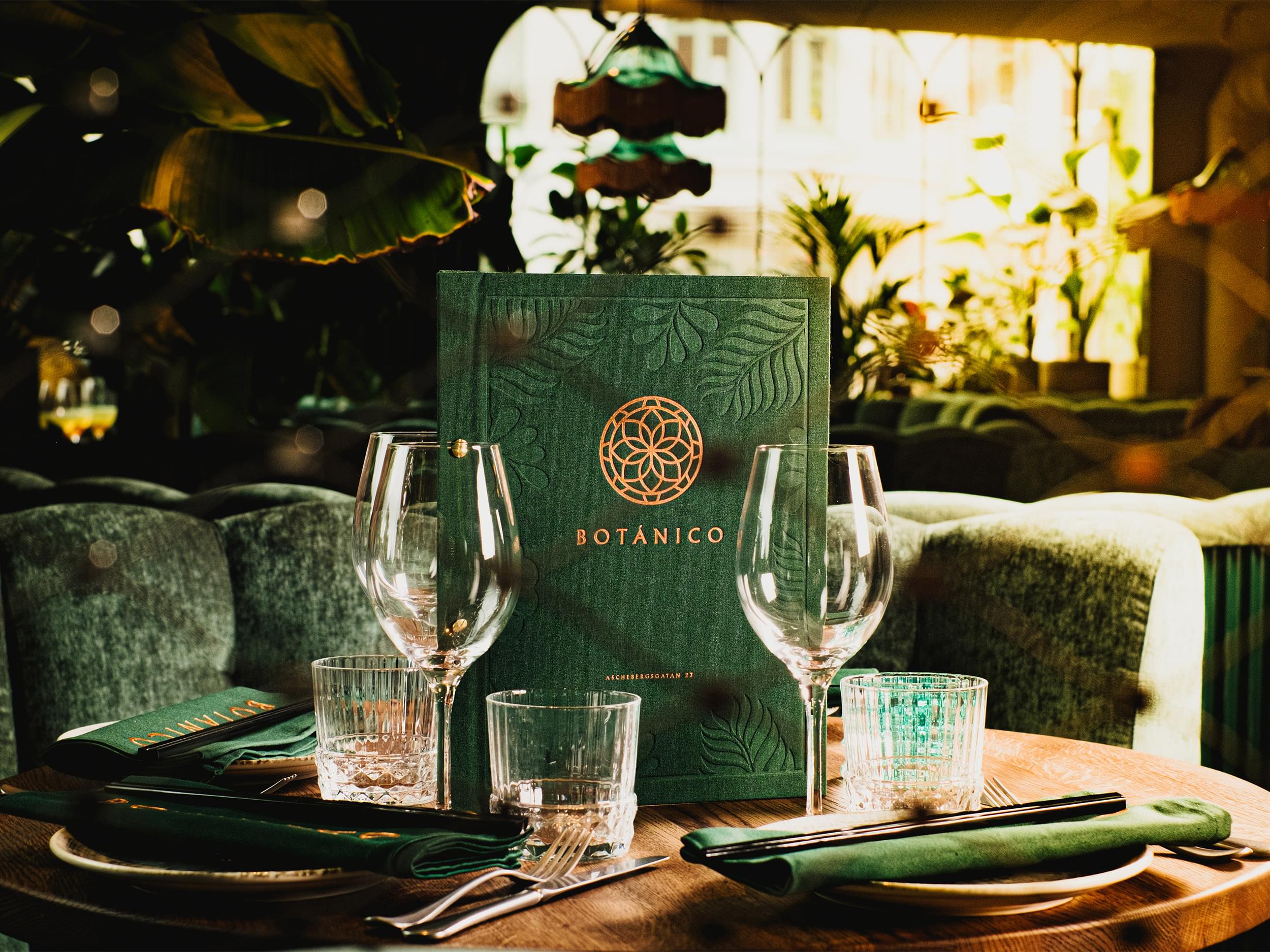 14 dart lanes + tasty food + cocktails = true, at Oche by the square Järntorget! The concept is already a success in Oslo, Amsterdam, Brisbane and Miami Beach, and since June you can enjoy it here in Gothenburg. The menu, with dishes like Tuna Tataki, Stikky Beef Tortilla and various pizzas, is created by award-winning chefs Michael Lunga and Niels van Halen using organic and locally produced ingredients. 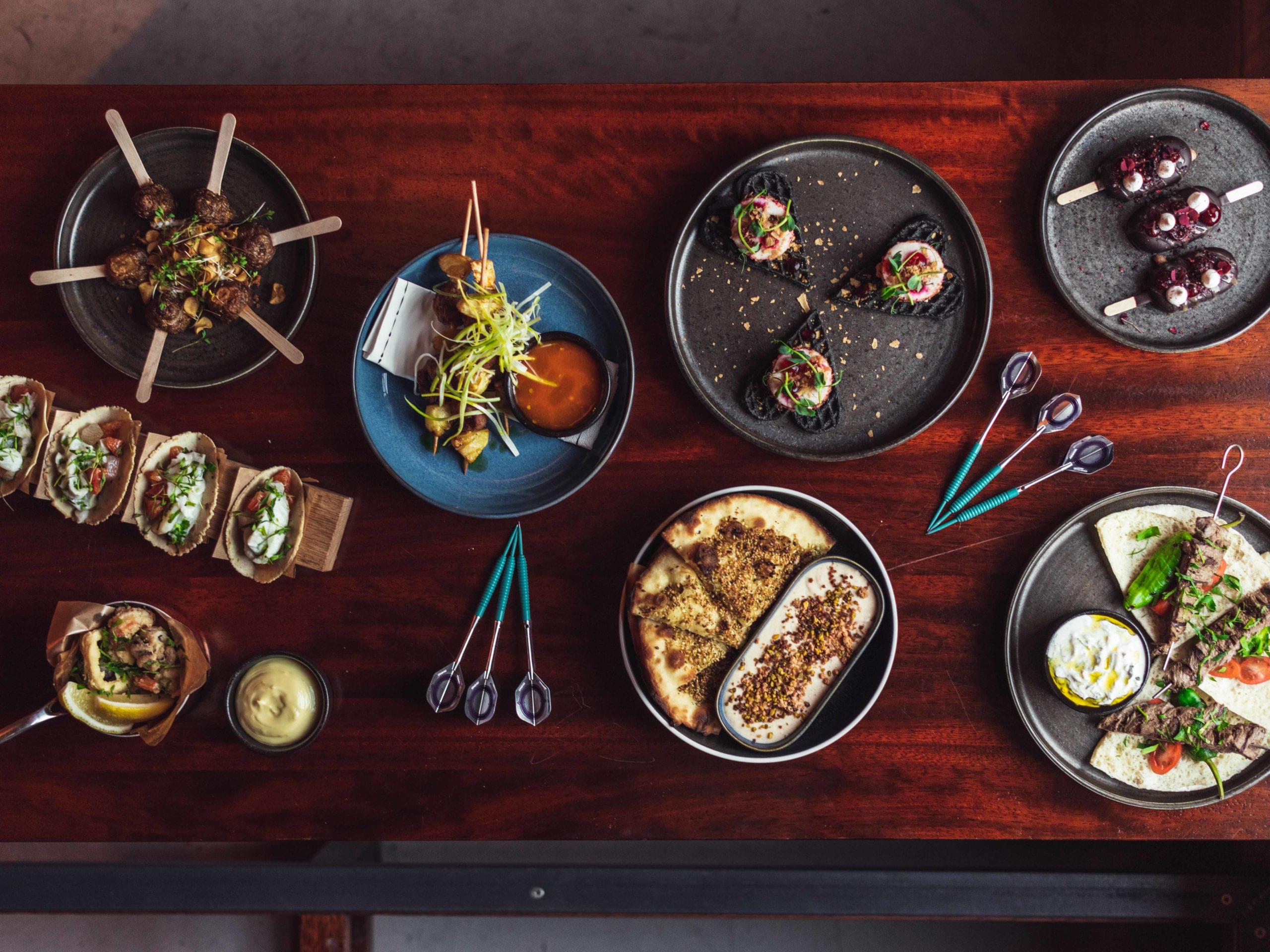 In the new restaurant 1923, named after the amusement park’s opening year, you’ll find timeless classics and cocktails in a stunning Gatsby-inspired setting. Berghs Bistro is a new family restaurant in the “Rabbit land”, serving healthy food in a friendly atmosphere. Vegetarian restaurant The Green Room has got a make-over this year and aims to be best in town at genuine, plant-based food.

At the top of the hill Skansberget in cosy Haga, next to the fortress Skansen Kronan, you’ll find one of this summer’s most spectacular outdoor restaurants. The combination of a large wooden (sunny) deck with plenty of space, barbecue dishes, an amazing view of the city and a 400-year-old fortress is a must-visit. 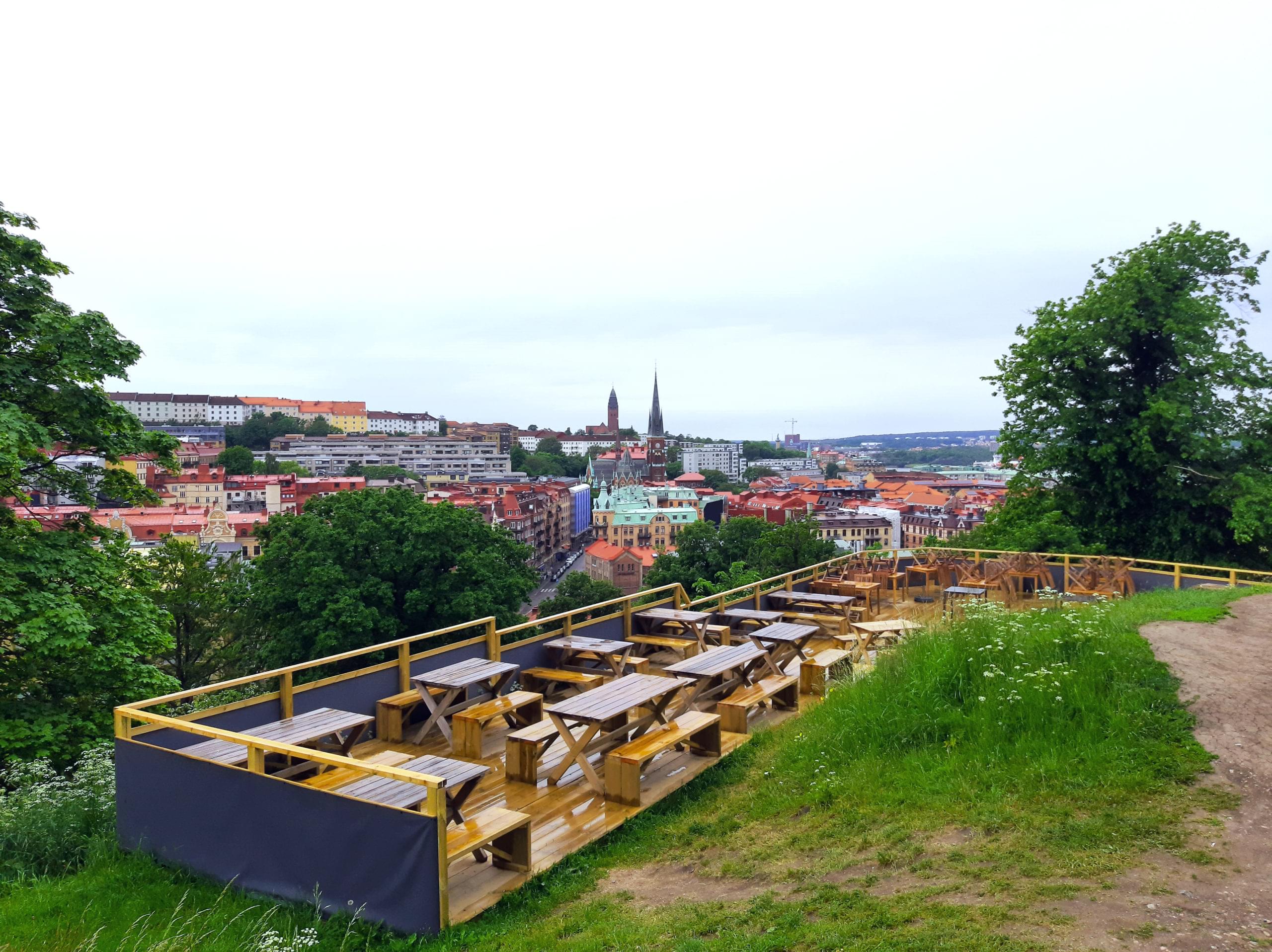 At Eriksberg, right beneath the large gantry crane, you’ll find the new place Gaubi køk och bar. On the menu there are “Swedish” bowls with tacos and smoked salmon, as well as special pizzas with new exciting flavours. Gaubi køk & bar opened in May and want to bring something new and unique to the restaurant scene on the island Hisingen. 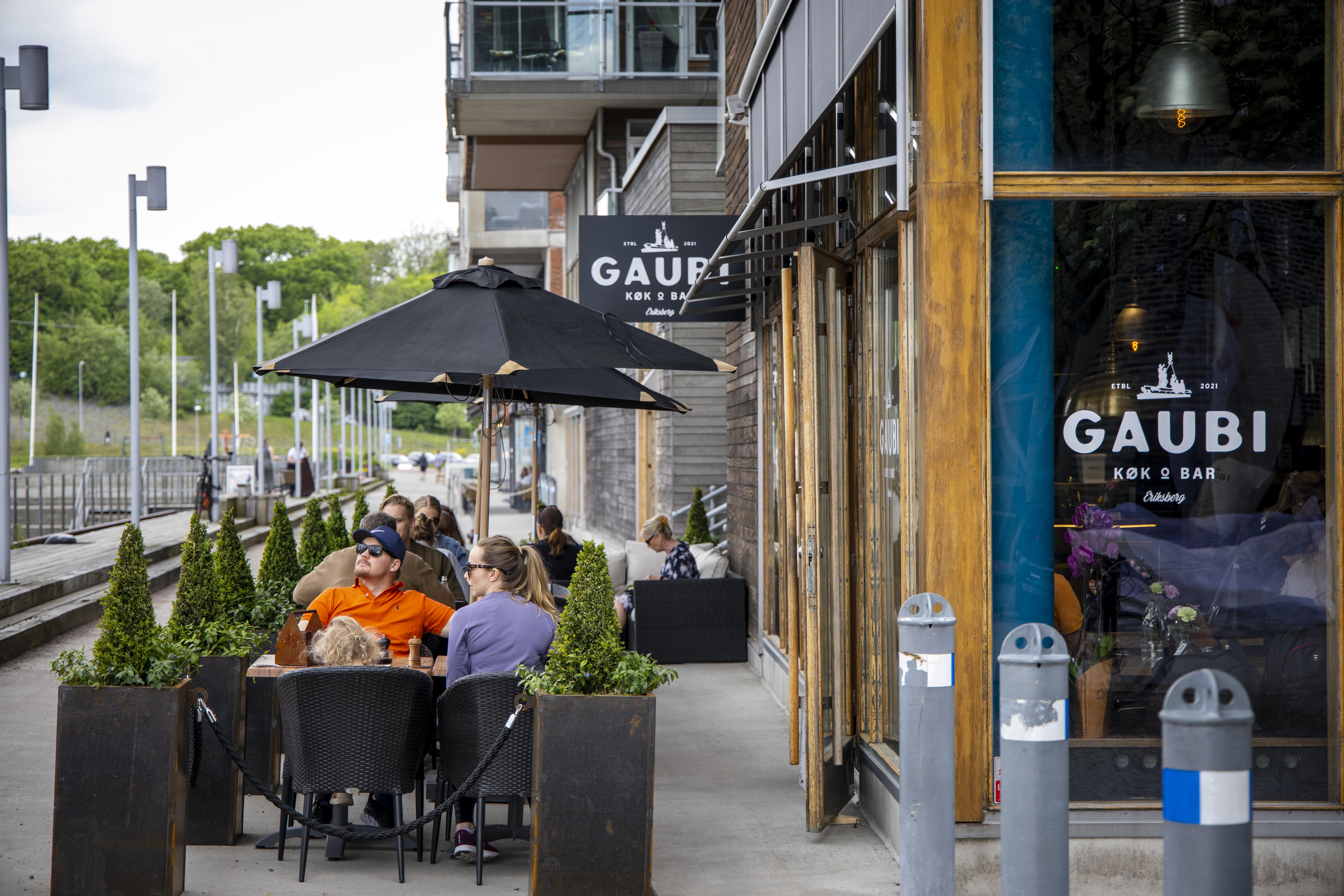 In the beautiful old brick building where Linnégatan meets Tredje Långgatan, the bistro Papa Mastani opened their doors in May. Enjoy crêpes, local beers on tap, oysters and classic French dishes with a twist.
Linnégatan 5

Since May you’ll find the best of Italian and French cuisine, along with a wine bar and a “spritzeria” in what was once Studio HPKSM and Faye Emmy. The outdoor terrace has plenty of sun and the atmosphere is vibrant. 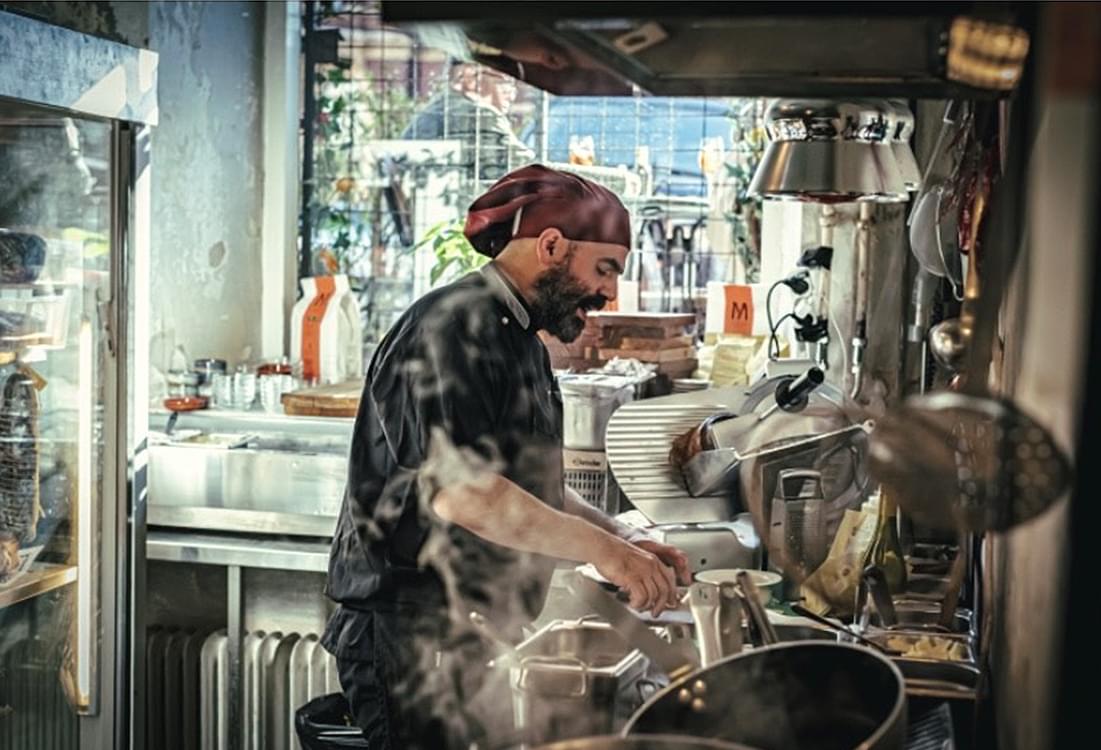 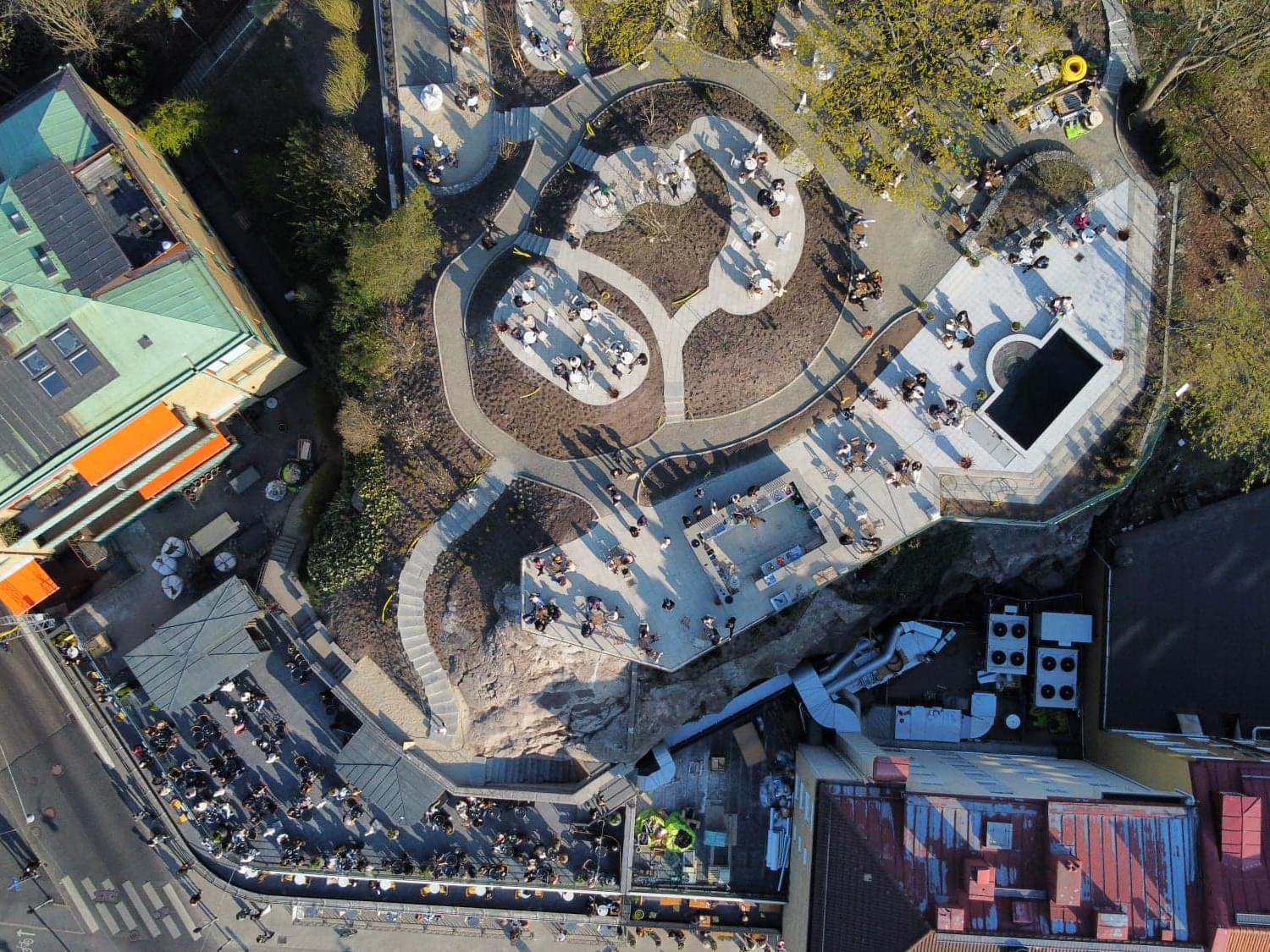 In a garage with an industrial character at Gullbergsvass, Monopolet are serving street food and locally produced beer at lunch and dinner. The venue resembles Copenhagen’s Kødbyen and New York’s Meatpacking district, and also sports one of Gothenburg’s most beautiful courtyard. 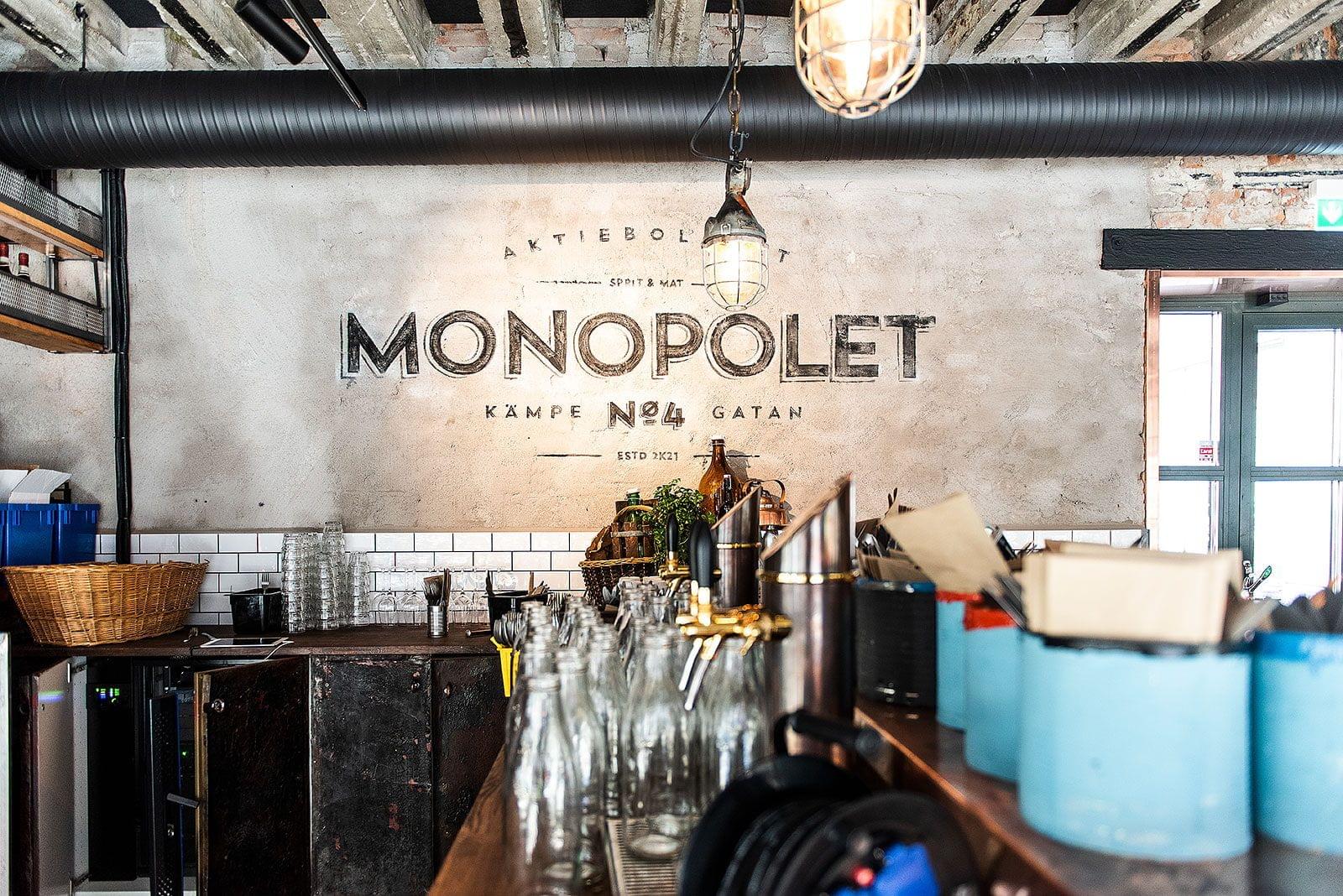 Combine your visit at Röhsska Museum with a coffee break at the cosy café St Agnes, that specializes in vegan and vegetarian food and pastry. The café strives to work with organic and locally produced ingredients. 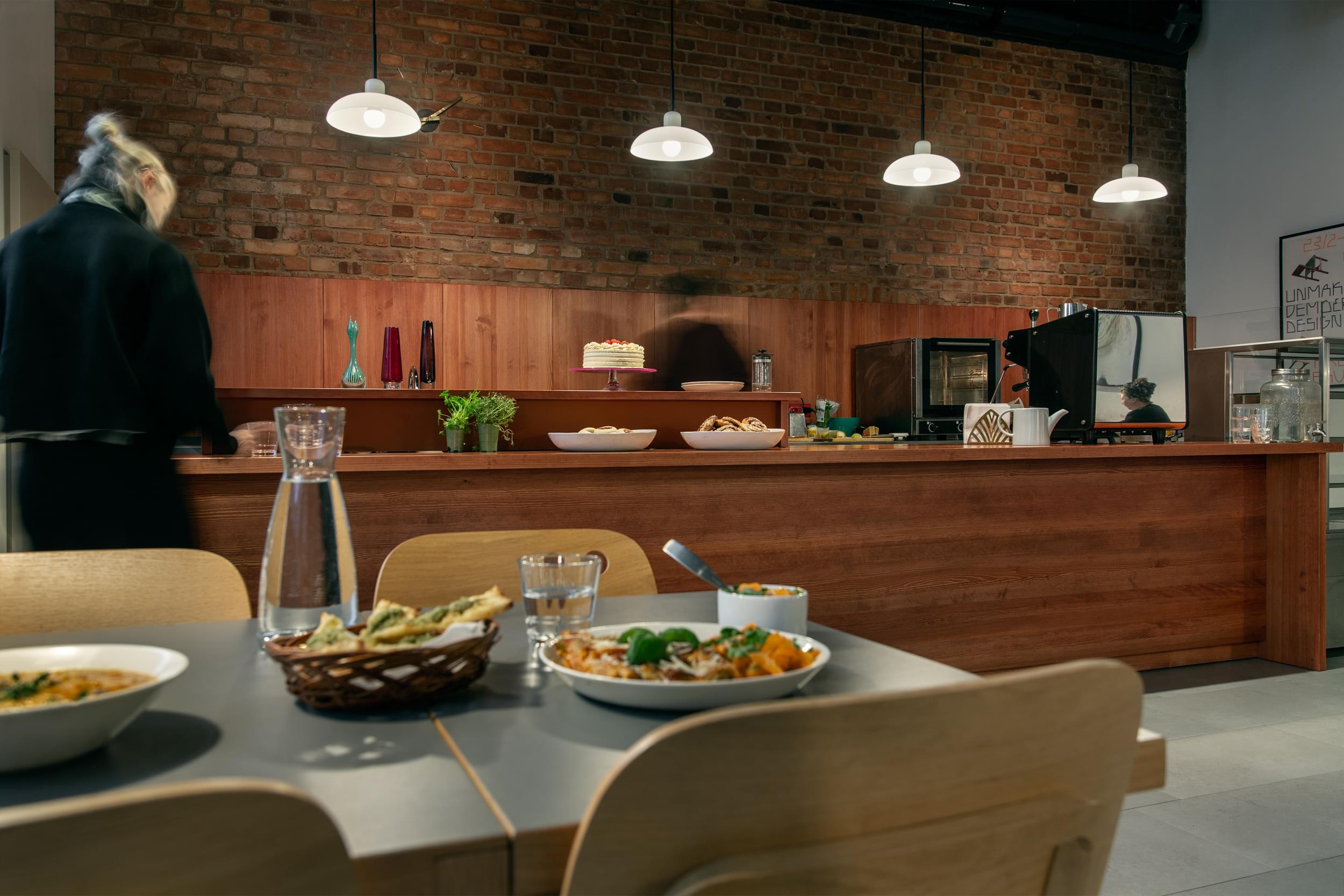 When taco restaurant Little Meats closed, locals were sad to see one of the best hole-in-the-wall-style restaurants in town dissapear. Well, turn that frown upside down, because Wyatt Crusick, the man behind Little Meat, is back with a new restaurant. Big Bird offers street-food-style dishes, mainly chicken-based, with doughnuts and desserts on the menu as well. 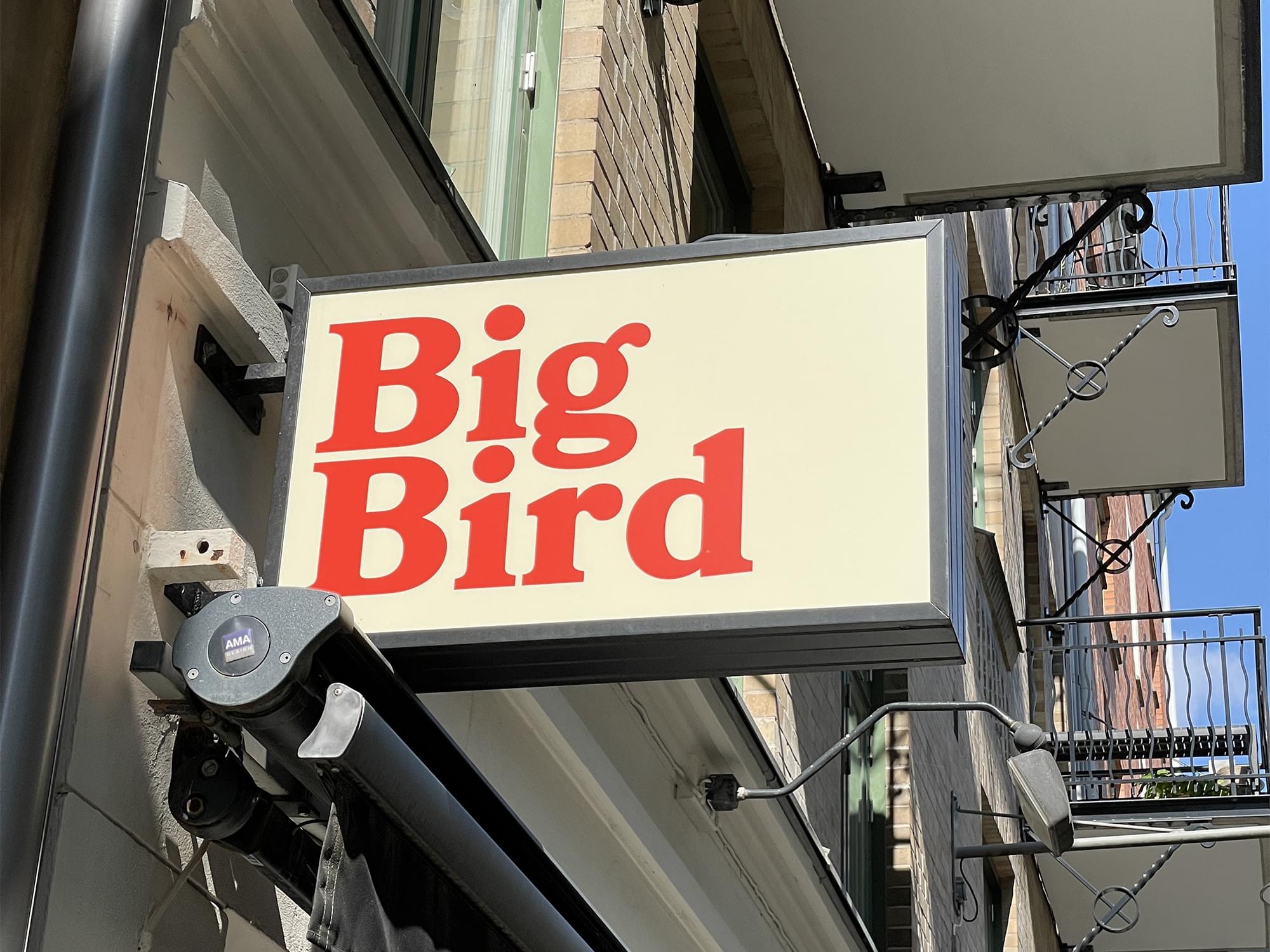 Japanese comfort food at its best. Here you can enjoy a rice bowl with fish, meat or vegetables. Visit the restaurant on Aschebergsgatan and enjoy a sake or beer with your meal, or have your “donburi” to go. 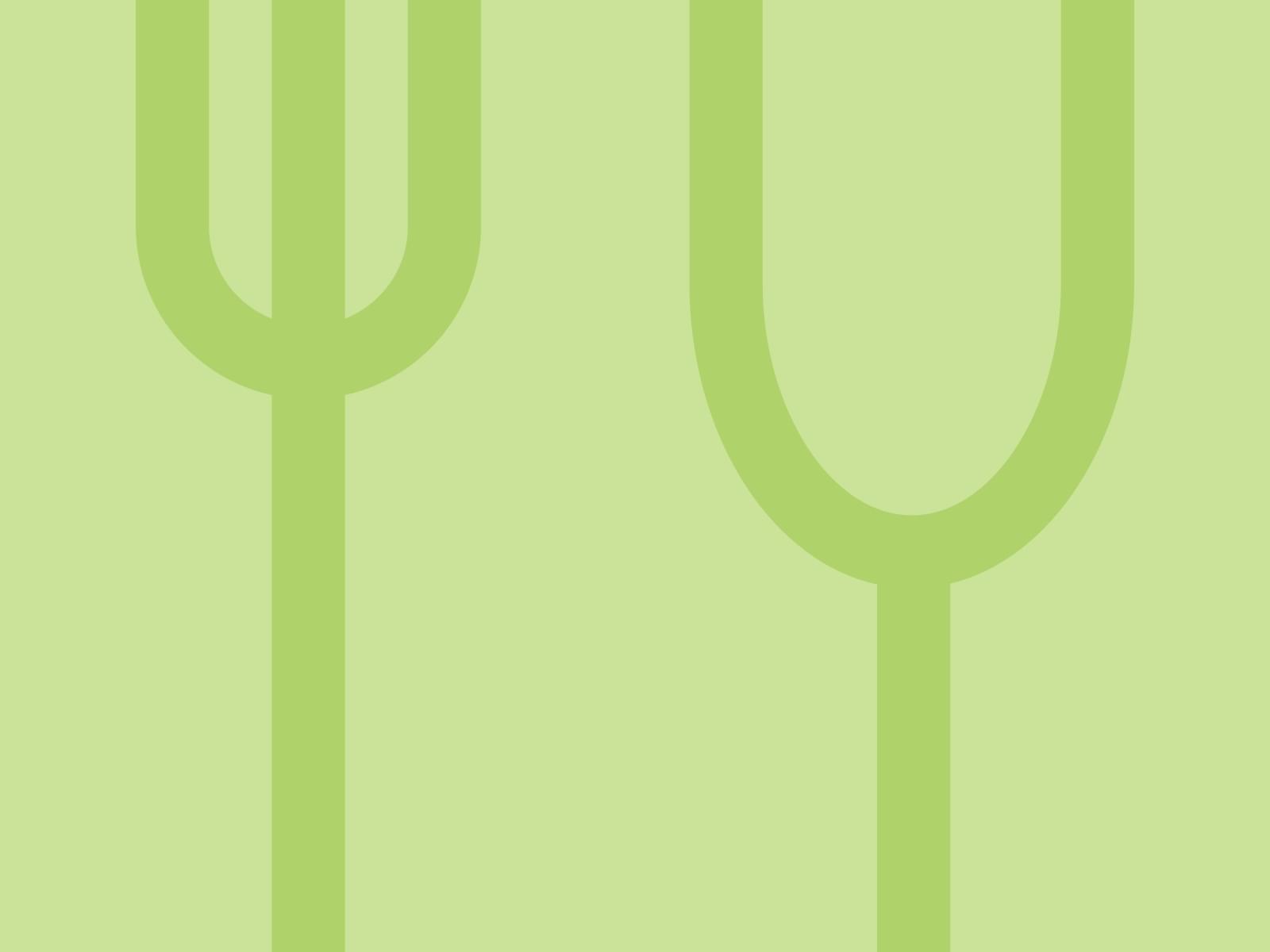 There’s a new trattoria and wine bar in Mölndal, just south of the Gothenburg city centre. Centrale is located close to the brand new mall Mölndals Galleria in the centre of Mölndal, and boasts a wine list full of tasty treats from Italy. The menu consists of hearty traditional Italian dishes, available for take away as well as dine in. 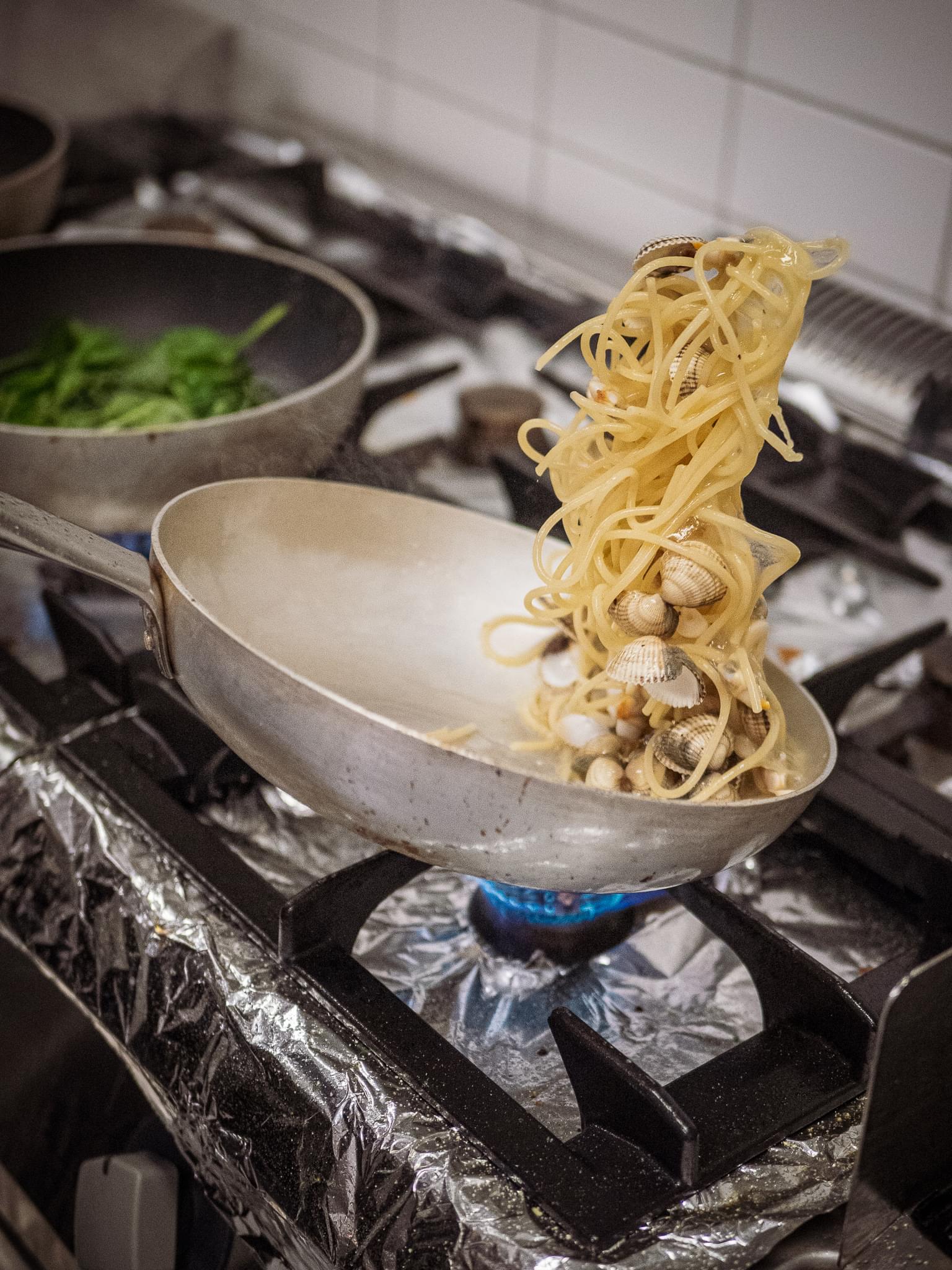 What used to be Brasserie Lipp in the main boulevard Avenyn has been transformed into Cheri-Lee, a contemporary pan-Asian 1960s dream with a Japanese Robata grill, dim sums and sushi. Come here for lunch, brunch, dinner or drinks to enjoy the relaxed atmosphere. 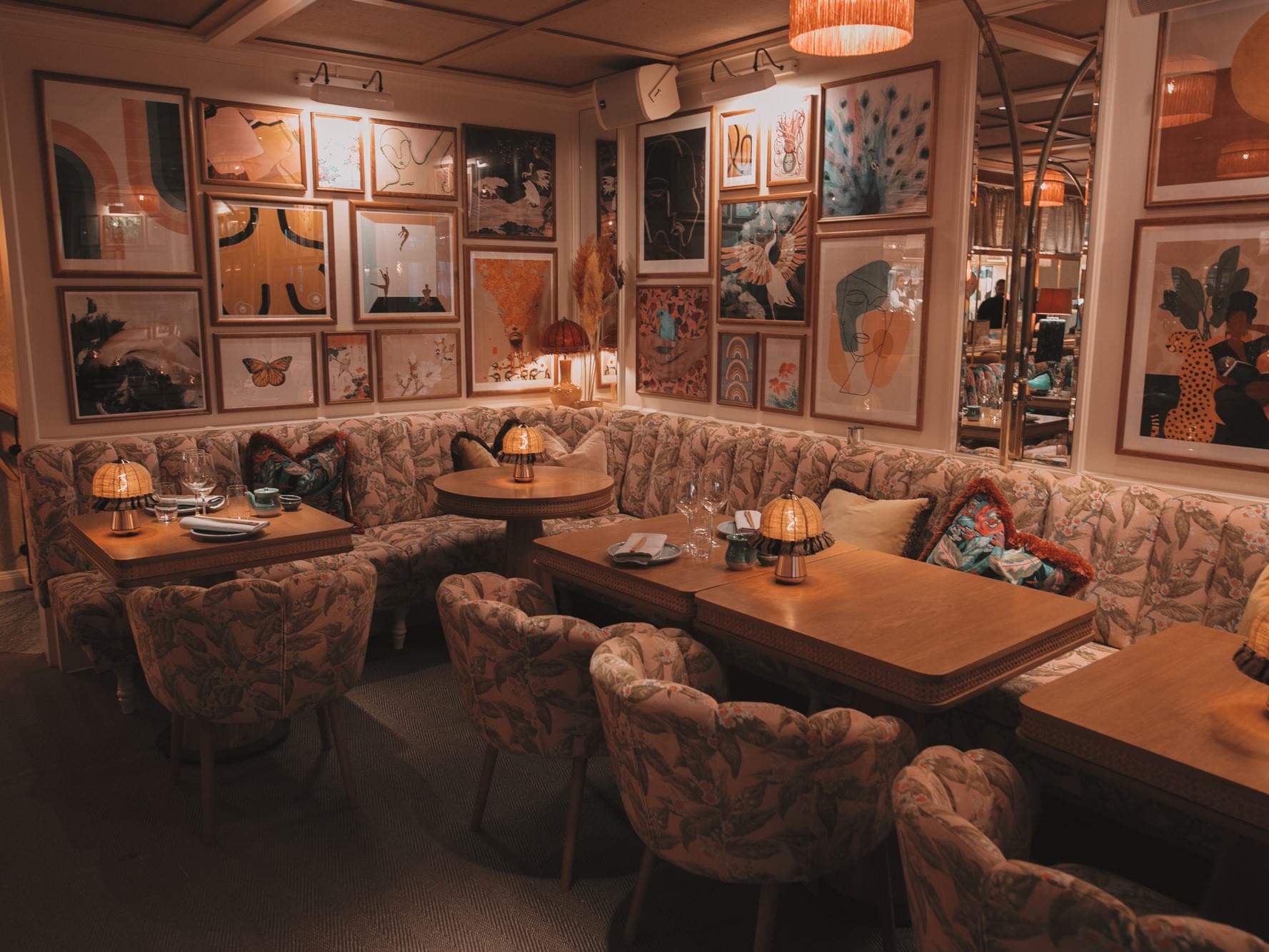 Local brewery Dugges have opened a bar and restaurant! Since february, locals and visitors have been able to enjoy a wide selection of excellent beers and a variety of tasty dishes to go along with the beverages. 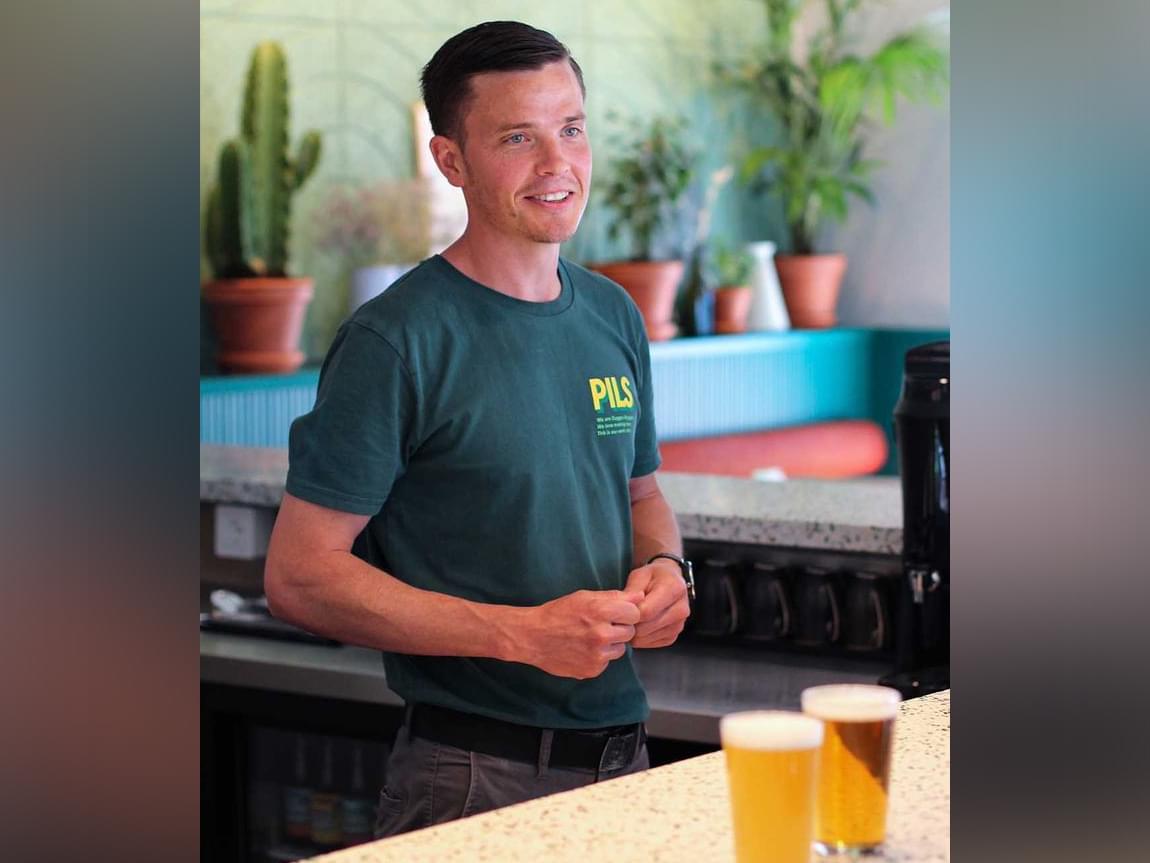 The popular Spanish restaurant Boqueria, that entered Stockholm’s restaurant scene in 2012, has now landed in Gothenburg. Tapas, pintxos and delicacies from the Spanish kitchen are served in a relaxed setting. 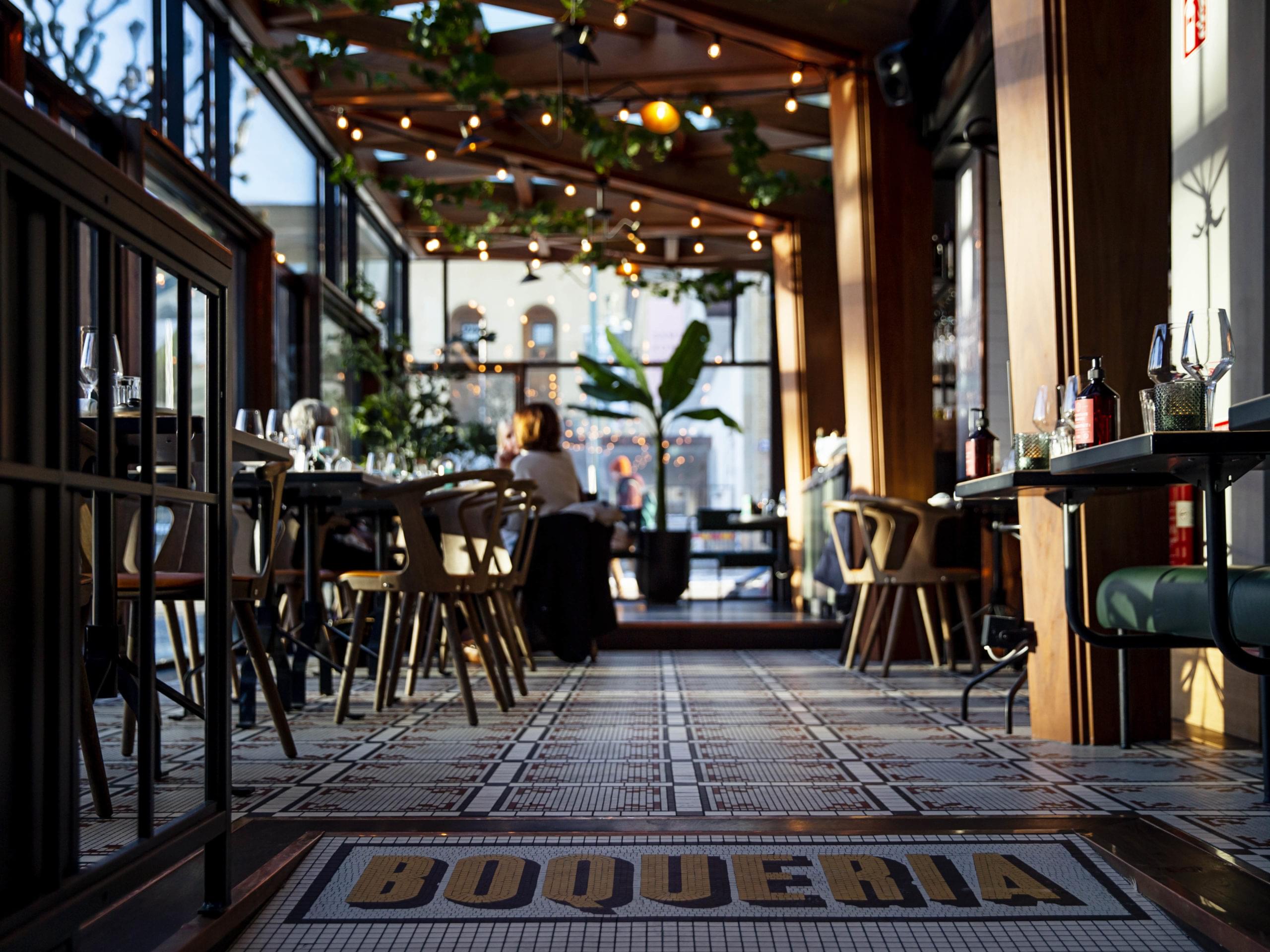 Brödernas is Swedish for “the brothers” and behind this endeavour you’ll find two pairs of brothers: Jonas and Joakim Wiklander; and Monir Kalgoum and Mika Zibanejad. The two restaurants, on Järntorget and in Nordstan Shopping Center, serve super tasty burgers and pizzas, as well as a range of their own beers. 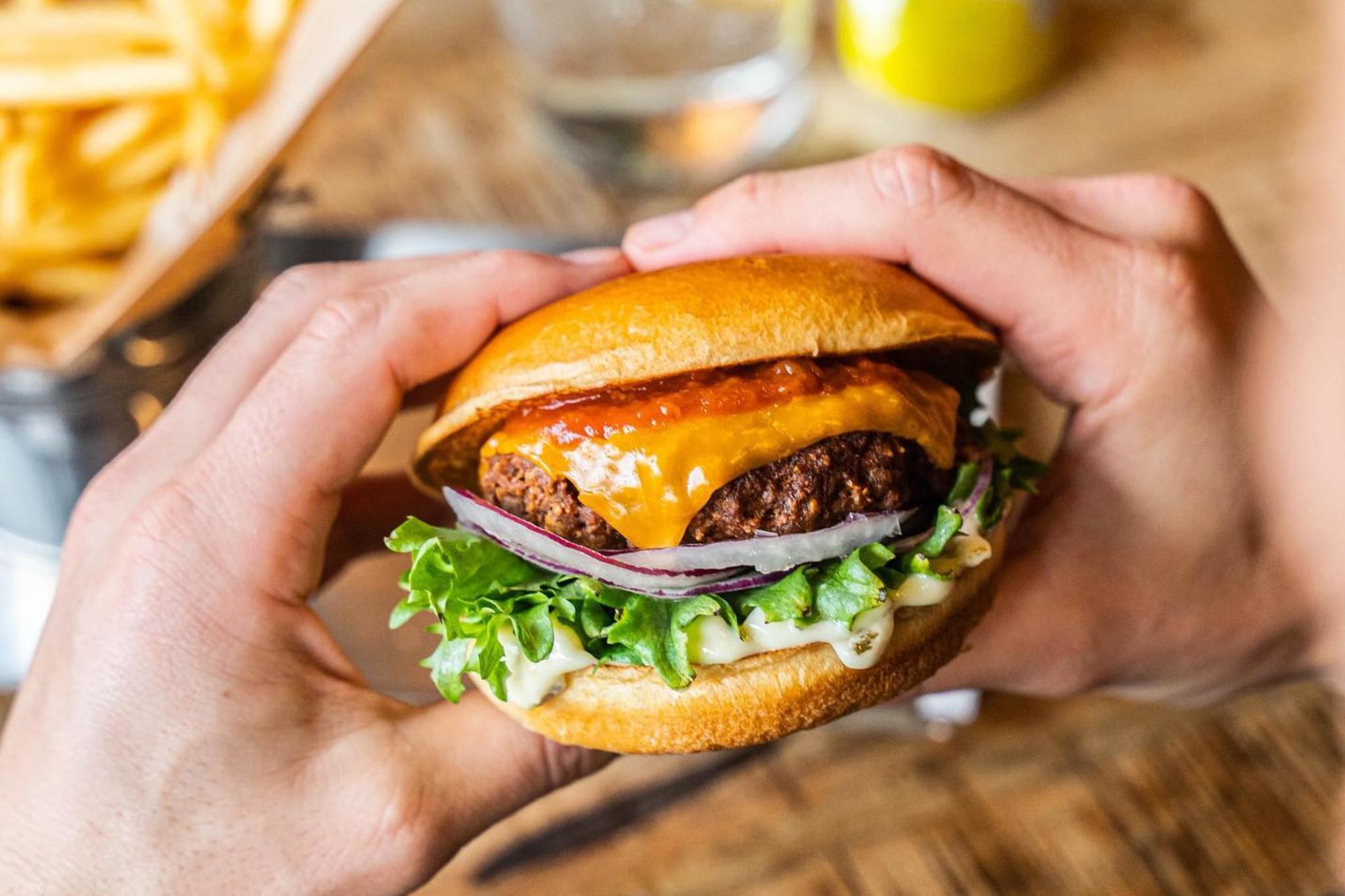 Yay, the market hall Stora Saluhallen has opened another restaurant, on a brand new floor! Upstairs, you can enjoy world class fish and seafood on restaurant Kajutan. 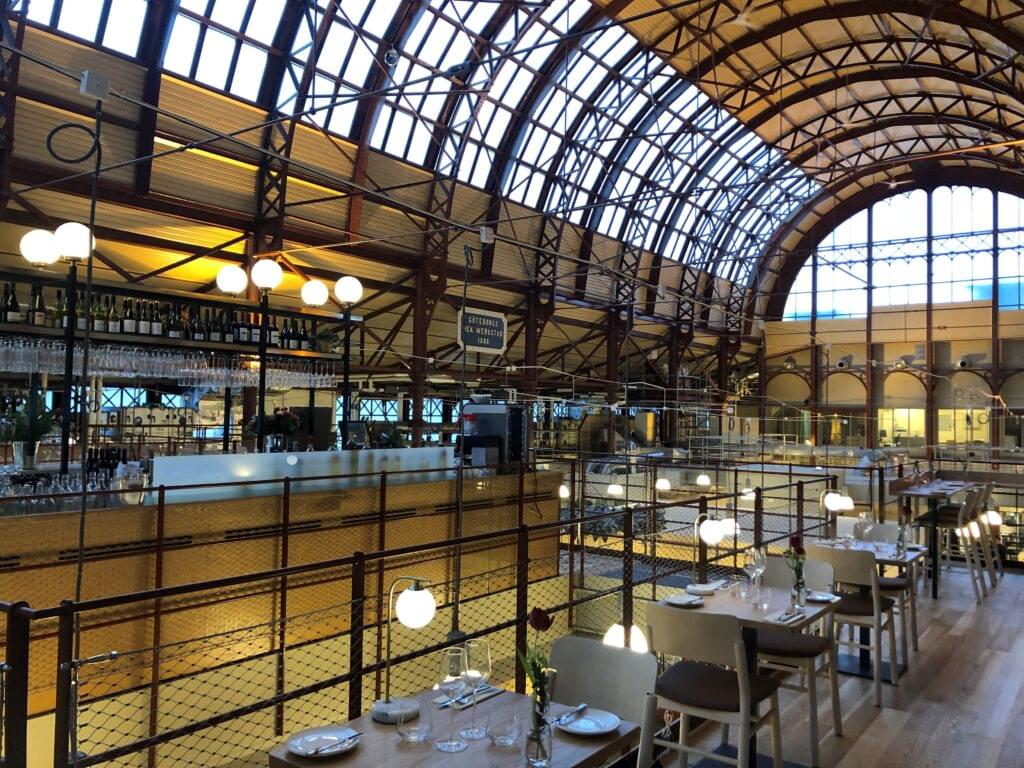 The popular café Alkemisten has blessed the neighbourhood Kvillebäcken with specialty coffee since 2015. Now, the owner Kristian Hedborg and his team are bringing their best beans to Lindholmen, where they will also serve a vegetarian lunch.

Götaplatsgruppen has transformed the old regiment’s stables on Magasinsgatan into a restaurant with a breathtaking ceiling. The menu? Italian “with a New York twist”. 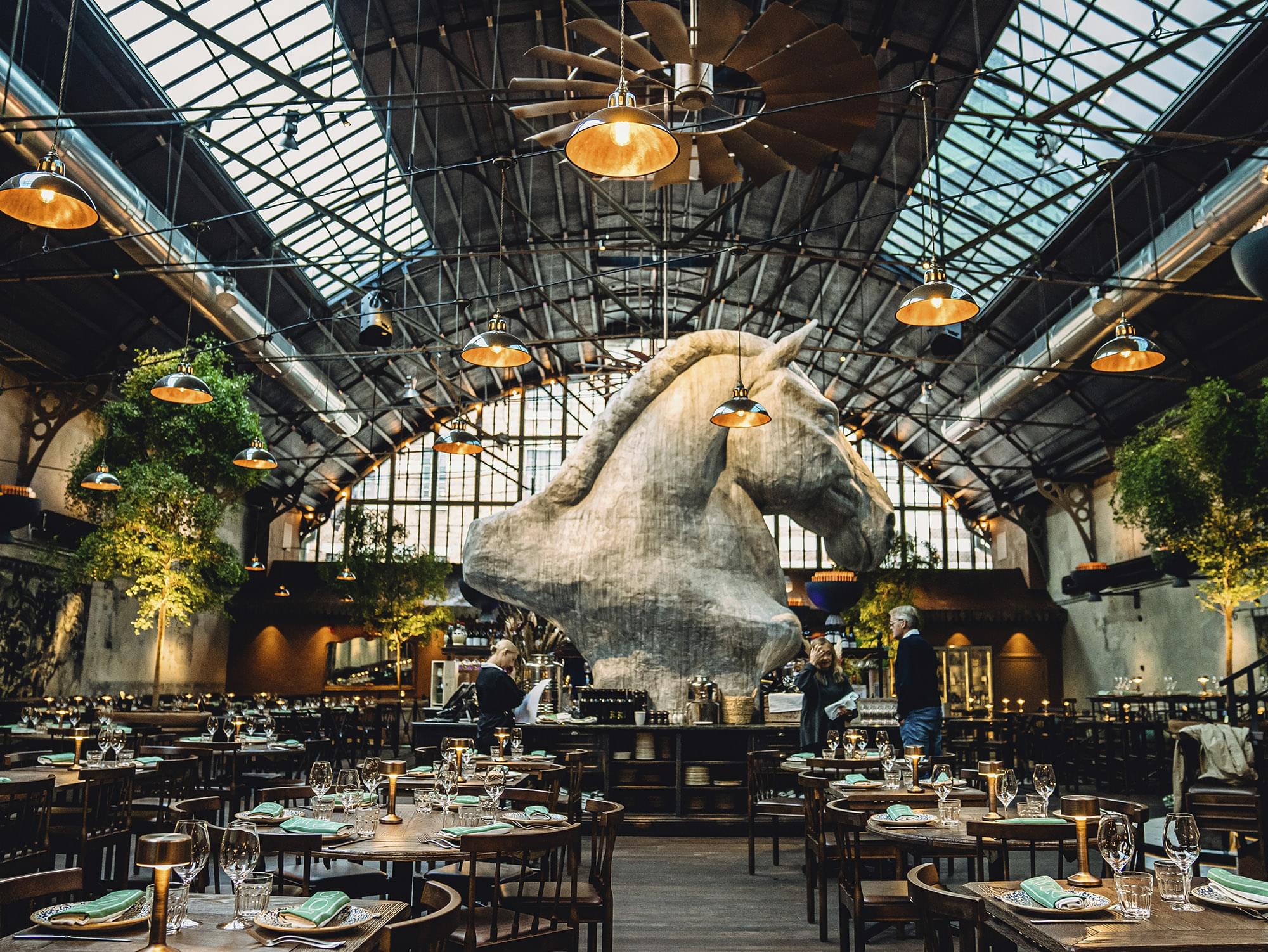 After a great start in Kungsmässan, the guys behind The Goods Co has now opened a new burger restaurant in Gothenburg. The Goods Basement is inspired by the US and their burger culture with simplicity at its core value. The burgers are made from smashed Black Angus meat, potato rolls and cheese imported from the US. 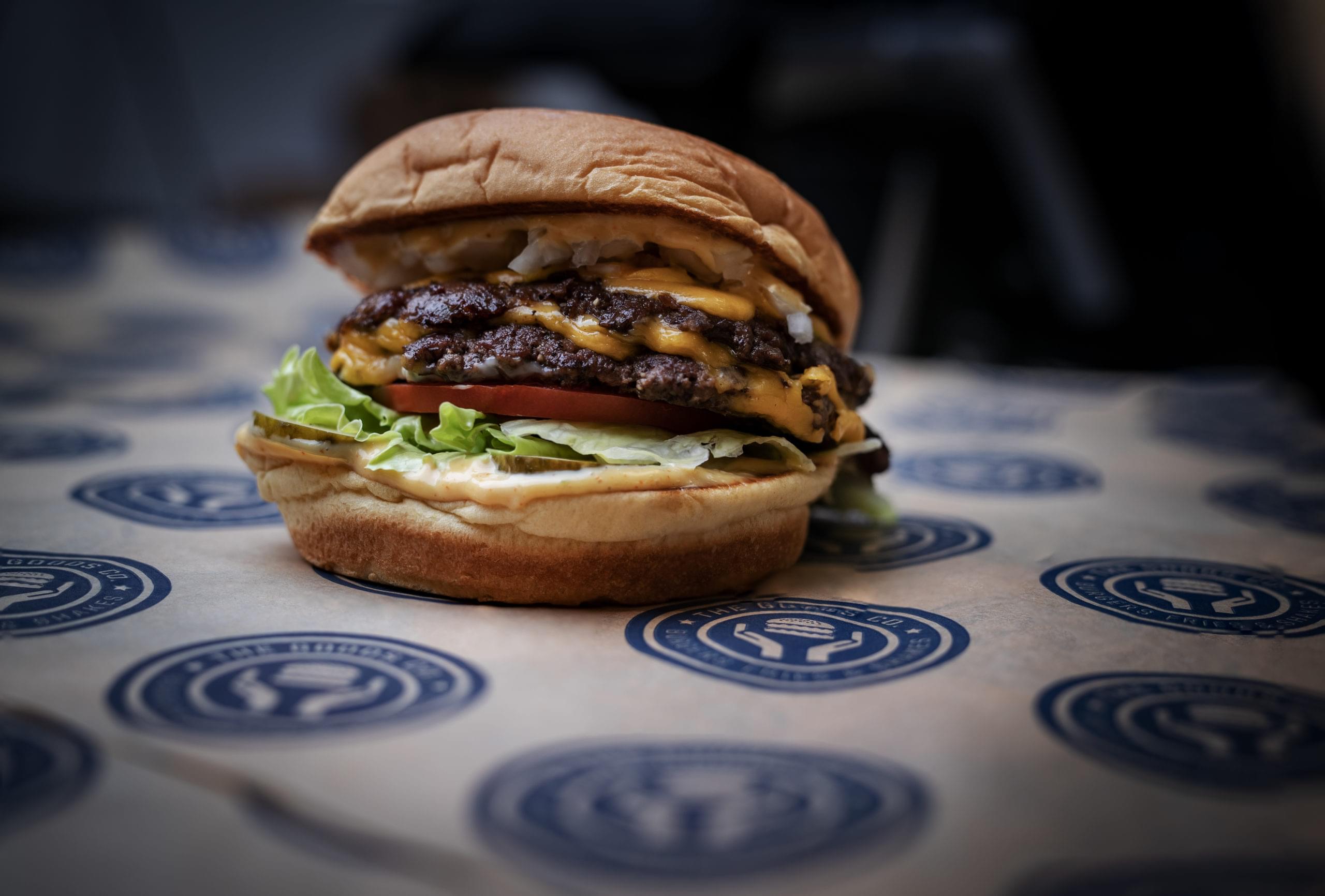 Family-owned craft brewery En Aleigen in Kungälv are especially keen on Belgian and British Ales. One or two Saturdays each month they open up their tap room bar, and they also arrange beer tastings now and then. Keep an eye on their Facebook page for current dates. 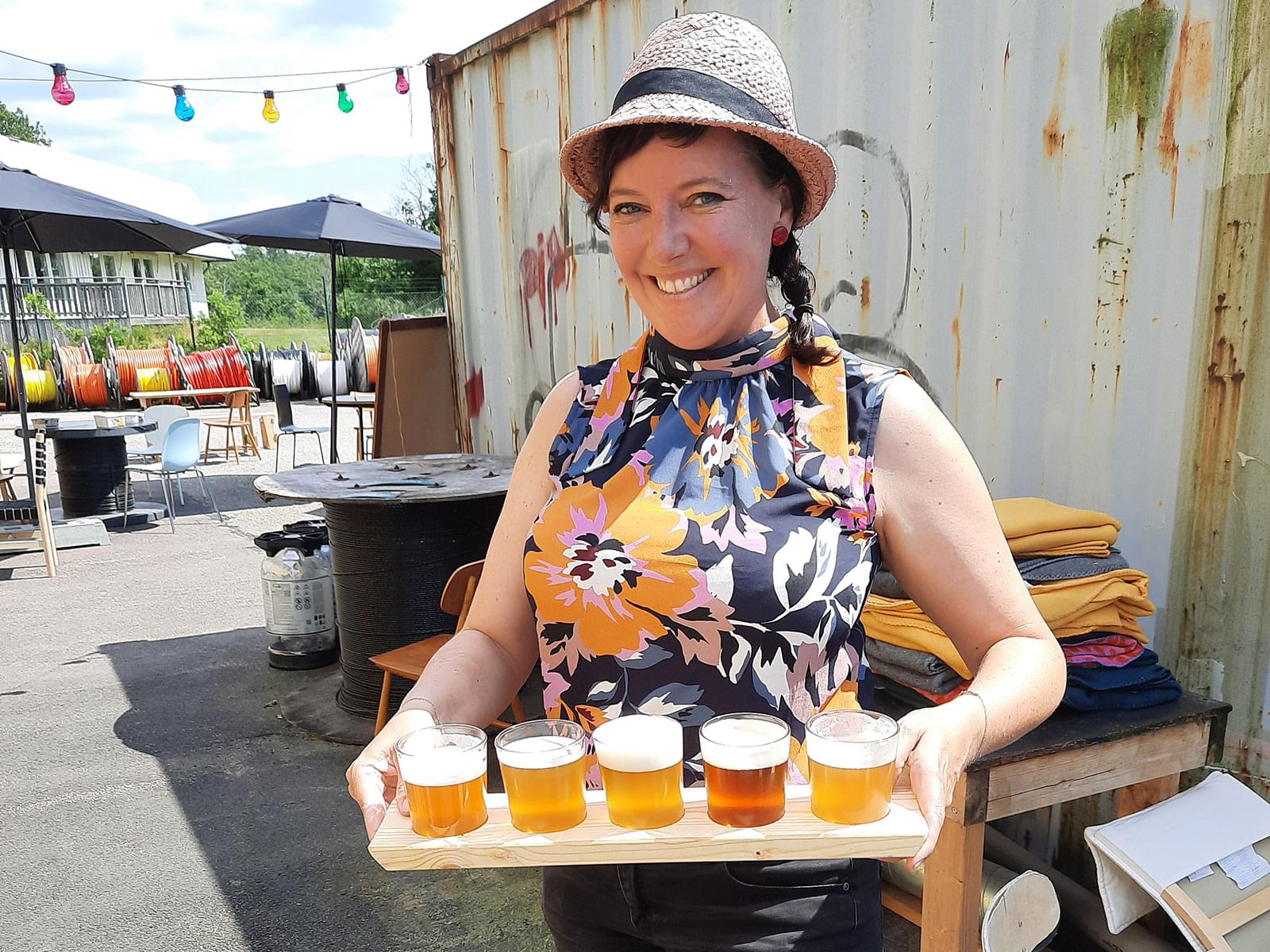 Former Korv United on Magasinsgatan have a new truck, a new menu and a new name – Crave. Stop by for tasty sliders, filling wraps and a wide range of vegan and vegetarian options. 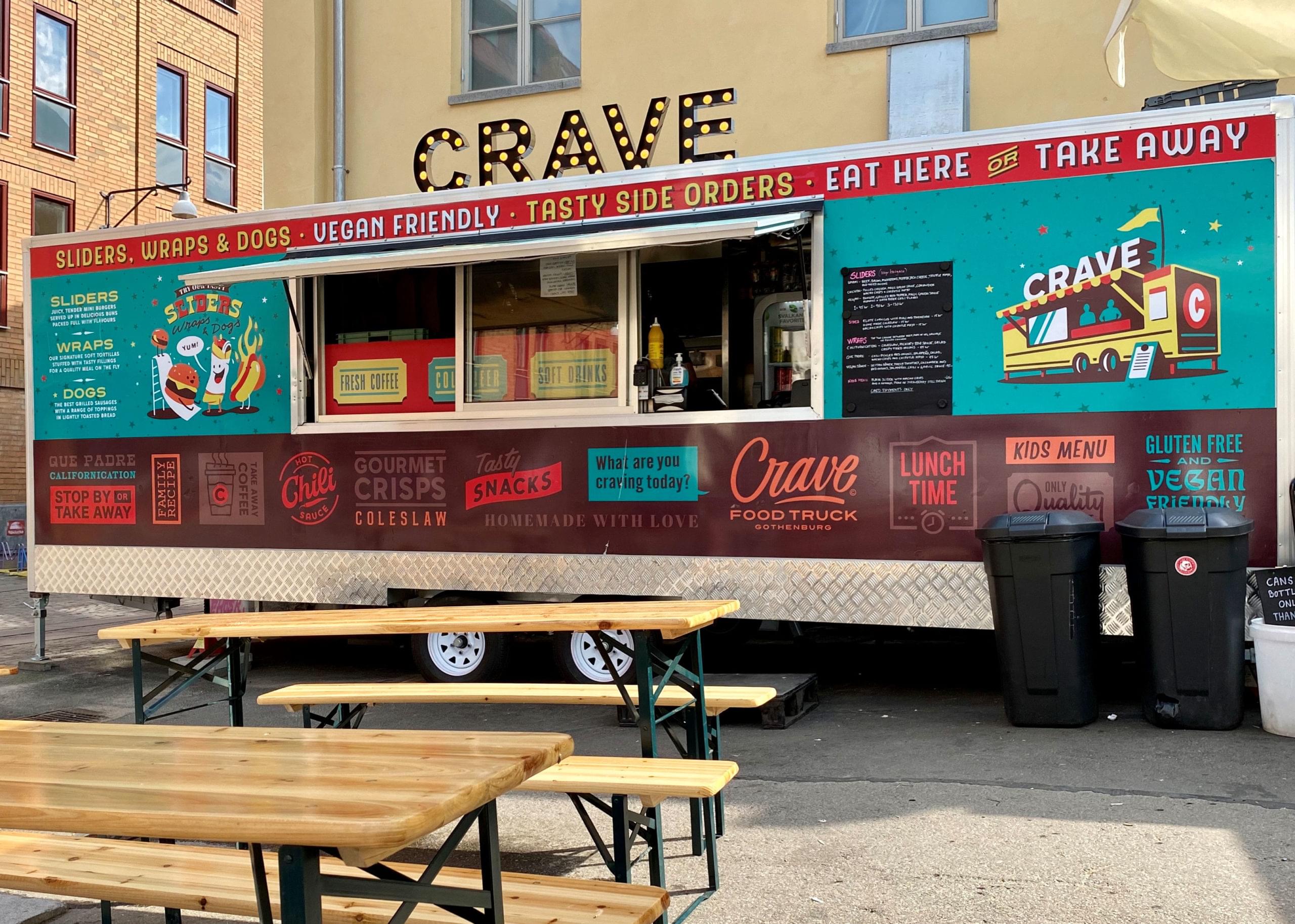 Do you miss Way Out West and Gothenburg Culture Festival? Get into the festival mood with freshly baked langos on Värmlandsgatan! Here you’ll find everything from traditional sour cream, cheese and onion toppings to sweet langos with Nutella and fresh fruit. 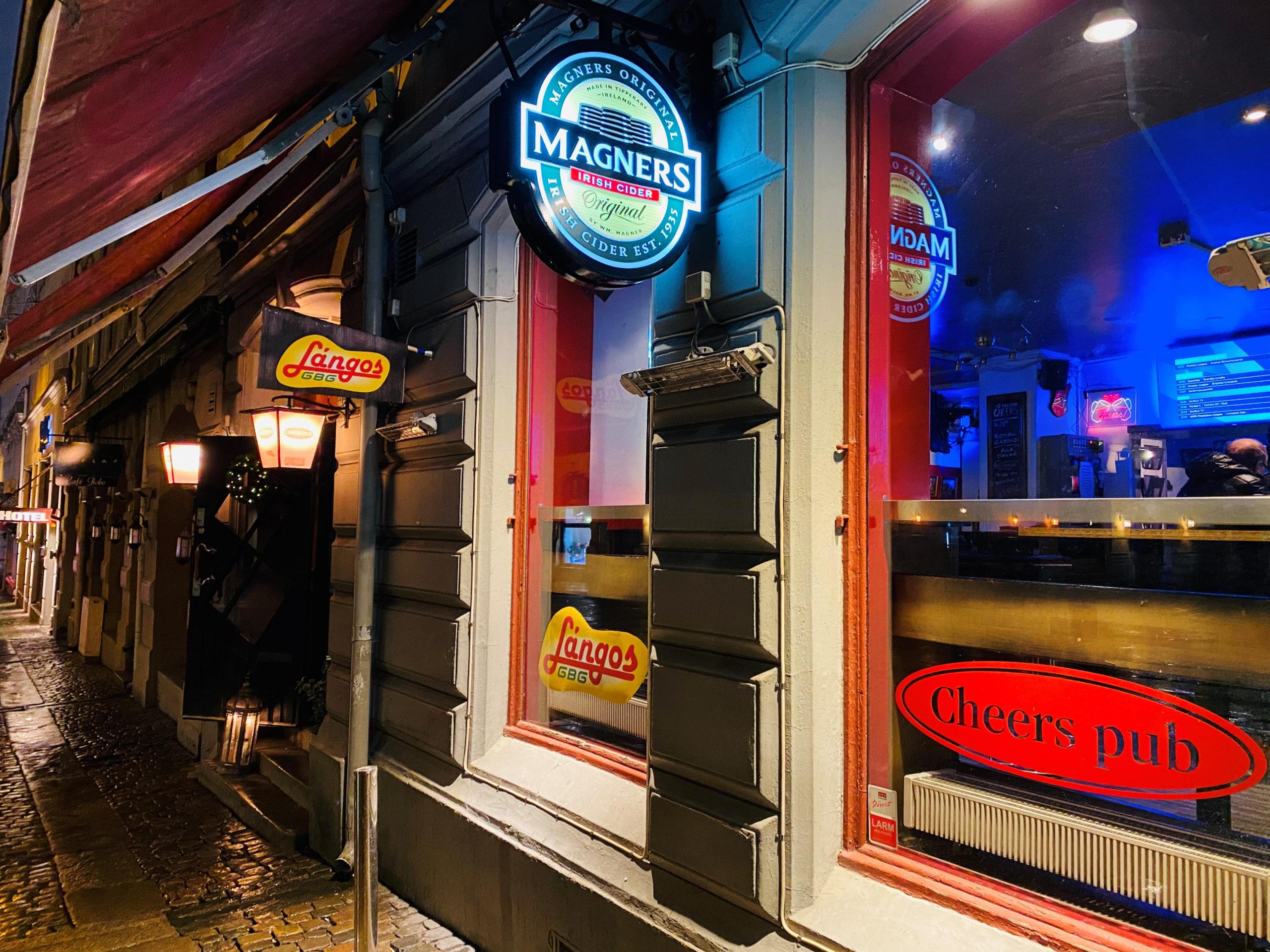 From 1888 to 1928, Elvira Kjellberg had a market stand on Grönsakstorget where she sold fruit. In her honour, the new restaurant in the former premises of Bourbon Street has been named Gumman Elvira. Here you can enjoy flatbread pizza, snacks and fruity drinks. 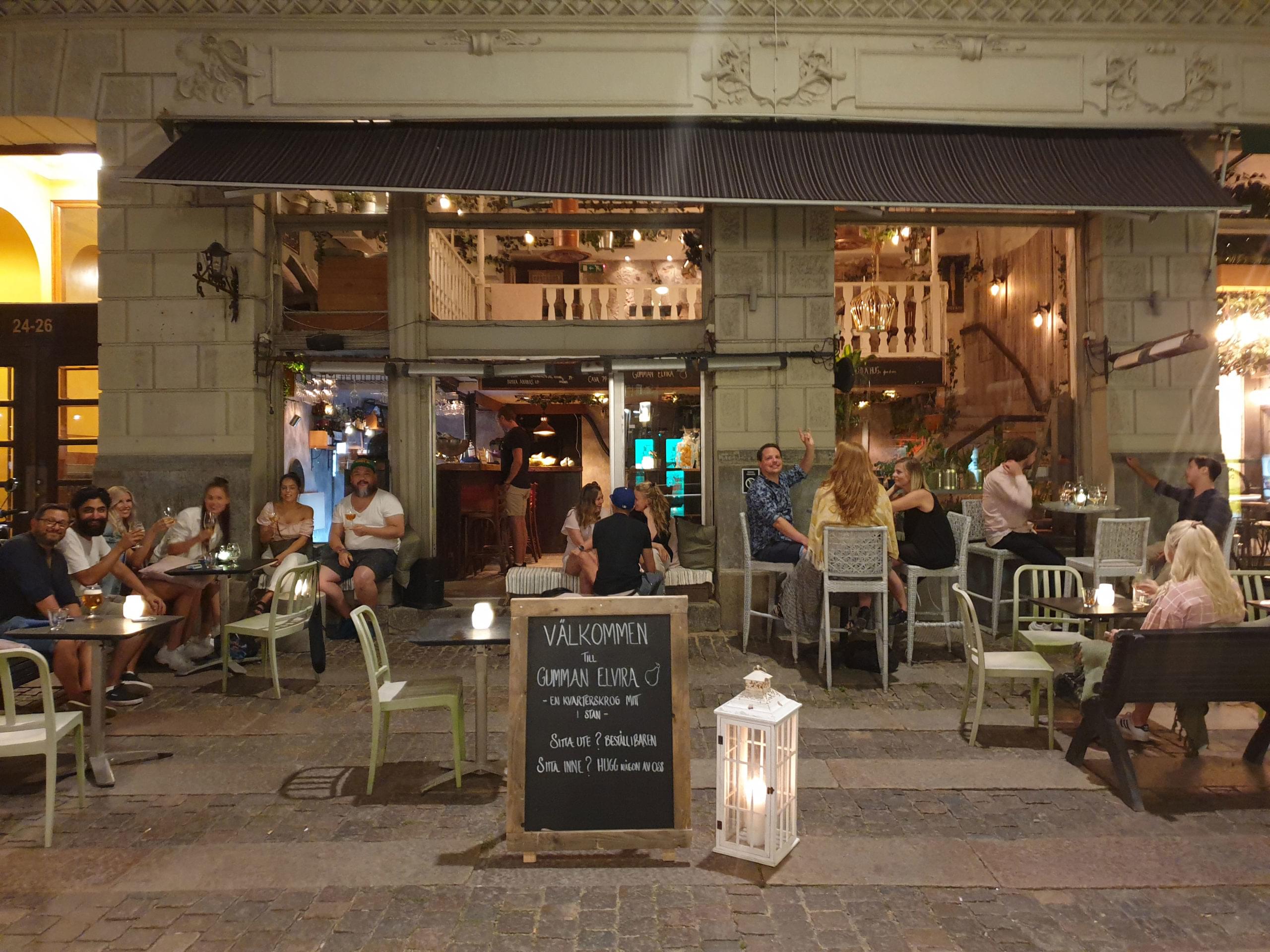 The people who created restaurant Fabrick have moved into former Más at Grönsakstorget, and replaced it with a “wine cafe”. Here you can enjoy wine, coffee and food all day, every day – outside in the sun as well!

The best pizza places in Gothenburg